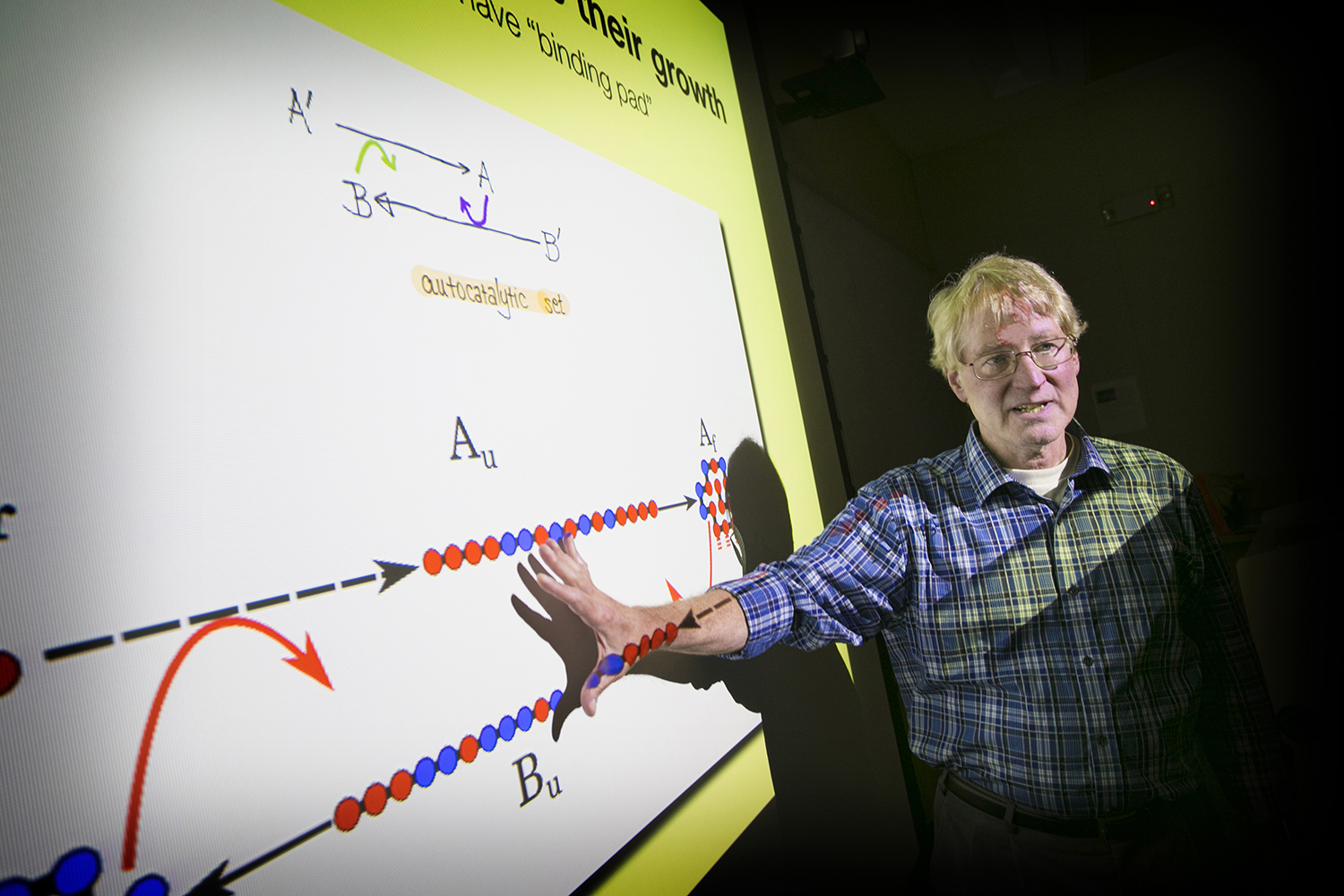 Stony Brook scientists detail the “Foldamer” hypothesis in PNAS, which models the growth of prebiotic polymers in the evolution of chemistry into biology

STONY BROOK, N.Y., August 23, 2017 – Scientists have yet to understand and explain how life’s informational molecules – proteins and DNA and RNA – arose from simpler chemicals when life on earth emerged some four billion years ago. Now a research team from the Stony Brook University
Laufer Center for Physical and Quantitative Biology
and Lawrence Berkeley National Laboratory believe they have the answer. They developed a computational model explaining how certain molecules fold and bind together to grow longer and more complex, leading from simple chemicals to primitive biological molecules. The findings are reported early online in

Co-authors of the paper include Elizaveta Guseva of the Laufer Center and Departments of Chemistry and Physics & Astronomy at Stony Brook University, and Ronald N. Zuckermann of Lawrence Berkeley National Laboratory in Berkeley, Calif.