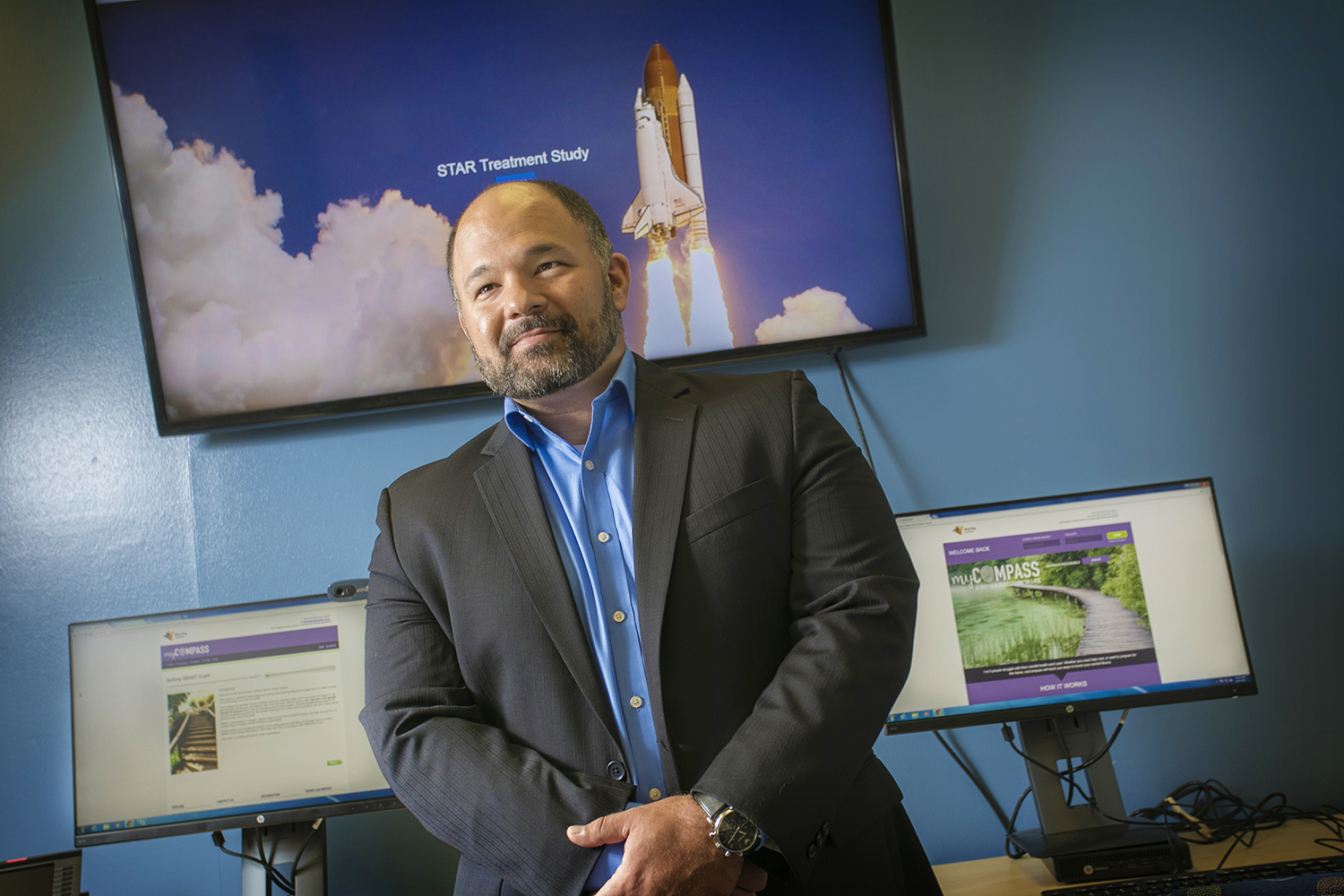 – A clinical trial of an innovative e-mental health tool led by a Stony Brook University psychiatry professor to help address stress, anxiety and/or depression will begin on September 18. The trial is designed to inform the delivery of mental health treatments for astronauts on long duration space missions. The National Aeronautics and Space Administration (NASA)-funded study involves “astronaut-like” individuals and is being developed in conjunction with researchers from the Black Dog Institute in Australia.

In 2015, Adam Gonzalez, PhD, Principal Investigator, Assistant Professor in the Department of Psychiatry at Stony Brook University, and Founding Director of the Mind Body Clinical Research Center at Stony Brook, received a four-year $1 million grant from NASA for the research to evaluate e-mental health tools for astronauts. The e-mental health program, called myCompass, is an interactive self-help tool developed by researchers from Black Dog Institute which delivers evidence-based psychological interventions for depression and anxiety, such as cognitive behavior therapy (CBT), entirely via online platforms. The fully automated and free program enables users to access personalized treatment plans 24/7 on their smartphones, computers or tablets.

“We are most interested in investigating the methods of delivering delayed support from a therapist when individuals are completely relying on web-based treatment,” said Assistant Professor Adam Gonzalez from Stony Brook University. “More specifically, this study will test different methods (i.e., video- or text-based messaging) for delivering delayed therapist support to inform best practices to use with astronauts during long duration space missions.”

Previous studies have demonstrated the clinical effectiveness of myCompass for reducing mental health symptoms in people with mild-to-moderate depression, anxiety and stress. It also facilitated lasting improvements to mood, anxiety and stress, with users experiencing sustained benefits to work and social functioning.

The clinical trial will involve 135 participants who are demographically similar to astronauts: well-educated individuals who are relatively healthy, with elevated distress levels. Participants will include physicians, residents and graduate students.

The participants will be randomized into three conditions to test myCompass in isolation compared with myCompass intervention supported by delayed therapist contact via text messages or via recorded video messages.

The treatment will occur over seven weeks, followed by assessments four weeks later to evaluate progress and the participants’ experience of the treatment package.

The time lapse in delivery of therapist support is designed to mimic the delay of up to 44 minutes that would be encountered in real-life long duration space missions.

The clinical trial will be the first time this technology will be tested among ‘astronaut-like’ adults to see how effective such programs could be when real-time and face-to-face psychological assistance is unavailable, and if different support functions via video-messaging or text-based messaging with a therapist are useful.

“Astronauts are at a high risk of experiencing mental distress for a range of reasons: they are generally extremely high achieving; on mission they experience long-term social isolation; they confront ongoing physical strain and mental challenges (including persistent threats to their safety); and they have limited access to the types of ‘supports’ that many of us take for granted, including ready access to friends and family, and physical activity,” she added.

“This is a really exciting opportunity for Black Dog Institute to work alongside Stony Brook University as we take this cutting-edge science to a new dimension,” addedAssociate Professor Judy Proudfoot, Head of eHealth Implementation and Policy at Black Dog Institute.

Dr. Gonzalez noted, “We are thrilled to partner with Black Dog Institute on this project and look forward to other collaborative studies.”

“This research is critical to inform the best way for NASA to care for the mental health needs of astronauts during missions to Mars and other long duration space travel. The results may also help to serve as a guide to providing mental health care for individuals in rural settings worldwide where mental healthcare providers are few in number or access to providers is difficult,” he summarized.