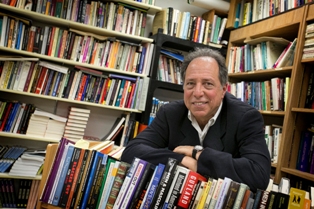 Supported in part by a grant from John D. and Catherine T. MacArthur Foundation

STONY BROOK, NY, May 20, 2013 – Stony Brook University will receive a two-year $300,000 start-up grant from the John D. and Catherine T. MacArthur Foundation to establish a new Center for the Study of Men and Masculinities. Led by Michael Kimmel, PhD, a Distinguished Professor of Sociology at Stony Brook University and one of the leading researchers and writers on men and masculinity in the world today, the Center will focus on the emerging and integral discipline of men and masculinities, an important component of gender studies. The Center will open in the fall of 2013.

Supplemented by additional funding from Stony Brook University and additional foundation and private support, the grant will be used to establish the Center, as well as the first international conference on Men and Masculinities in 2015. It will also fund the development of a new Master of Arts program in Masculinity Studies scheduled to begin in fall 2017 – the first of its kind in the world – and enable the University to solidify long-term funding for the ongoing operations of the Center. Finally, it will enable Stony Brook to begin external fundraising and identify the areas and personnel that can best facilitate the conversations between researchers and practitioners that are envisioned as central to the Center’s mission.

To begin, the Center will host a series of monthly seminars and two to three large forums per year, which will build and gather a community of academics and activists in the local area. The forums called “Challenging Conversations” will focus on politically divisive issues, such as prostitution, sex trafficking, the pornography debate, the boy crisis in schools, and more, noted Kimmel.

“This emerging field is international and interdisciplinary,” said Professor Kimmel. “Much work on masculinities uses the prisms of feminist theory, multiculturalism and queer theory, and discussions of differences among men (by race, class, sexuality, age, religion, region and the like) are just as salient as discussions of similarities and differences between women and men.”

Kimmel envisions the Center as being an umbrella for the research that is being done globally, as well as a place for dialogue with activists and practitioners who are engaged in programs to engage men all over the world.

“I intend it to be a place where that dialogue between researchers and practitioners, between academics and activists, will be the central defining feature,” he said. “It is a conversation that I find too rare on both sides of that divide: academics who know little about what is happening on the ground, and activists who think they are inventing the wheel each time they develop a new program.”

Stony Brook University is also the home of the field’s most visible and prestigious scholarly journal,
Men and Masculinities
, for which Professor Kimmel is the founder and editor. The journal publishes four times per year with one special thematic edition. Academic conferences, scholarly journals, and collaborative research projects are proliferating in both social sciences and humanities, noted Kimmel, with eight scholarly journals in the field of Masculinity Studies, and most gender studies journals now welcoming work by and about men, including
Signs
, the flagship journal in Women’s Studies that offered a special issue on Masculinities in 2010.

The 2015 International Conference on Men and Masculinities will gather many of the world’s foremost researchers in their respective fields, as well as people engaged in policy-oriented initiatives and direct service projects all over the world.

“The conference will do more than merely inaugurate the Center; it will establish it as the single most visible institutional arena for furthering this urgent dialogue,” said Professor Kimmel. “These conversations will produce new research projects, deepen programs already in existence, and suggest the sorts of collaborative work that can generate local, national and regional policies.”

The conference is scheduled to take place at Stony Brook Manhattan and will be open to graduate students and personnel from non-governmental organizations (NGOs) and United Nation (UN) agencies. The Center will partner with various UN-based organizations as well as national and global NGOs to provide scholarship opportunities for their personnel engaged in projects around the world.

Kimmel anticipates 400 attendees from all over the world during the three-day conference. “It will be the first conference devoted specifically to the dialogue between researchers and practitioners, which will be reflected in the session organizations eschewing traditional formal paper delivery in favor of specific global dialogues about ‘What do we know?’ and ‘What do we need to know?’” he said.

The conference will also inaugurate the Master of Arts program in Masculinity Studies, a free-standing program associated with the Department of Sociology and Women’s and Gender Studies at Stony Brook. The Center will welcome the first classes to the MA program in the fall of 2017. “The MA program will be an important ongoing activity of the Center – vitally tied to its mission of bringing together researchers and practitioners, and also promoting the field,” said Professor Kimmel.

Kimmel earned his BA (sociology and philosophy) with distinction from Vassar College, an MA (sociology) from Brown University and a PhD (sociology) from the University of California at Berkeley. He has authored nearly 200 peer-reviewed scholarly articles and numerous books on gender and masculinities including Men’s Lives (2010), The Gendered Society (2011), Manhood: a Cultural History (2012), and Guyland: The Perilous World Where Boys Become Men (2008). He has co-edited The Handbook of Studies on Men and Masculinities (2005) and Men and Masculinities: a Social, Cultural and Historical Encyclopedia (2004) which was named “Best of Reference 2004” by the New York Public Library. Professor Kimmel’s current research, a comparative study of the extreme right, white supremacists and neo-Nazis in the United States, Germany and Scandinavia, will be published in a new book, Angry White Men, in late 2013.

About the John D. and Catherine T. MacArthur Foundation

The John D. and Catherine T. MacArthur Foundation supports creative people and effective institutions committed to building a more just, verdant, and peaceful world. In addition to selecting the MacArthur Fellows, the Foundation works to defend human rights, advance global conservation and security, make cities better places, and understand how technology is affecting children and society. More information can be found at www.macfound.org.