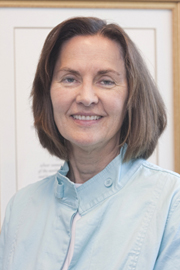 A SUNY Distinguished Professor and the former Greatbatch Professor of Advanced Power Sources at the University at Buffalo, Dr. Takeuchi currently holds 148 patents – more than any woman in the United States. She developed the technology for the power source in cardiac defibrillators – the tiny batteries that helped make implantable these medical devices and others a life-saving reality. For the development of this technology, she received the National Medal of Technology and Innovation from President Obama in 2009, the highest honor awarded in the United States for technological achievement. In 2011 she was inducted into the National Inventors Hall of Fame.

“When you take into consideration the infrastructure at Stony Brook University, including the resources offered at the Advanced Energy Center — a New York State Center of Excellence — and our relationship with Brookhaven National Lab, the work and experience Esther Takeuchi brings to the equation makes this the perfect trifecta for education, collaboration and the advancement of energy storage and battery research,” said President Stanley. “This is a monumental opportunity for all concerned to reach new levels of excellence in this area for years to come.”

In addition to her dual faculty role at Stony Brook, Dr. Takeuchi has accepted an appointment with BNL where she will serve as the Chief Scientist for the Global and Regional Solutions (GARS) Directorate.

“Batteries impact everyone’s lives,” said Dr. Takeuchi. “On a daily basis we all use commercially available batteries powering electronics such as cell phones, iPads, laptop computers and GPS devices. The search for better batteries can impact a diverse set of industries, such as aerospace, medicine, transportation and even the grid, where implementation of renewable and intermittent forms of energy generation depends on storage.”

“Esther Takeuchi has received more than 140 patents, more than any other woman in the U.S., and has established herself as one of the country’s most prolific inventors as evidenced by her induction into the National Inventors Hall of Fame”, said Dennis N. Assanis, Stony Brook University’s Provost and Senior Vice President for Academic Affairs. “She has been recognized with the Presidential National Medal of Technology and Innovation for developing compact lithium batteries for implantable cardiac defibrillators, which use electrical shocks to stop heart attacks and bring the heart back into normal rhythm.  We are honored that Dr. Takeuchi has joined our Materials Science and Chemistry departments as a Distinguished SUNY Professor, in parallel with her joint appointment with Brookhaven National Lab as Chief Scientist for the Global and Regional Energy Solutions directorate.  She has quickly established herself as the scientific leader in the joint SBU/BNL efforts to establish a Center for Extended Lifetime Energy Storage Technologies to integrate nano-material and electrochemical science in order to provide transformative solutions for light vehicle electrification and grid energy storage.  We are also delighted that Esther Takeuchi’s husband, Kenneth Takeuchi, will also be joining the faculty of Stony Brook University’s Chemistry Department.  Kenneth, an award-winning SUNY Distinguished Teaching Professor, is a nationally-recognized expert in the synthesis and characterization of innovative new materials.  SBU is also pleased that Research Associate Professor Amy C. Marschilok, a long-standing member of the Takeuchi group, has joined them at SBU, as well. Together, this team will flourish in SBU’s tremendous environment for innovation in energy R&D and translation of solutions to meet society’s challenges.”

Dr. Takeuchi has received numerous forms of recognition from her peers in the scientific community. Highlights from her distinguished research career include induction into the National Academy of Engineering in 2004, a Fellow of the American Institute for Medical and Biological Engineering, multiple inventor of the year awards, and several recognitions for her singular impact as a woman in the sciences, culminating with her induction into the National Inventors Hall of Fame in 2011.

Takeuchi attributes much of her early success to the influence of her father, an electrical engineer who encouraged her to embrace math at a young age and her current success to the ongoing support of her husband, Kenneth Takeuchi, a faculty member in the Department of Chemistry at Stony Brook.

Dr. Takeuchi received her BA in Chemistry and History from the University of Pennsylvania and her PhD in Organic Chemistry from Ohio State University. She completed her postdoctoral work at the University of North Carolina at Chapel Hill and the University at Buffalo. In addition to numerous awards and honors, she holds 140 patents and published more than 40 peer-reviewed articles in such journals as Analytical Chemistry, Journal of Physical Chemistry, Journal of Power Sources, Journal of the Electrochemical Society, Chemistry of Materials and more. She has conducted more than 90 conference presentations in universities, governmental and industrial research institutes; presented more than 60 invited lectures and more than 30 invited conference presentations; published four books and three book contributions.

Part of the State University of New York system, Stony Brook University encompasses 200 buildings on 1,450 acres. In the 50+ years since its founding, the University has grown tremendously, now with nearly 25,000 students and 2,200 faculty members and is recognized as one of the nation’s important centers of learning and scholarship. It is a member of the prestigious Association of American Universities, and co-manages Brookhaven National Laboratory, joining an elite group of universities, including Berkeley, University of Chicago, Cornell, MIT, and Princeton that run federal research and development laboratories. SBU is a driving force of the Long Island economy, with an annual economic impact of $4.65 billion, generating nearly 60,000 jobs, and accounting for nearly 4% of all economic activity in Nassau and Suffolk counties, and roughly 7.5 percent of total jobs in Suffolk County.