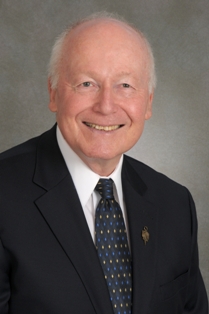 STONY BROOK, N.Y., February 4, 2013 – Stony Brook University’s Shmuel Einav, PhD, has received one of the most prestigious annual awards given to an Israeli scientist for his lifetime achievements in cardiovascular biomedical engineering. Dr. Einav, a Professor of Biomedical Engineering at Stony Brook University, and the Herbert J. Berman Chair for Vascular Bioengineering at Tel Aviv University, received the 2012 Mifal Hapayis Landau Prize for Scientific Research at a ceremony in Israel on January 27, 2013.

Established in Israel in 1970, the Landau Prize is named after Michael Landau, who headed Mifal Hapayis, Israel’s national lottery devoted to funding medical, educational, artistic, and social causes. The annual award recognizes achievements and influence of Israeli scholars who have made significant advances in their fields and valuable contributions to the development of science and research. Previous winners include internationally recognized scientists such as Ada Yonat of the Weizmann Institute, and Aaron Ciechanover of the Technion, a Nobel Prize recipient in Chemistry.

“Research conducted by Dr. Einav has led to monumental changes in the way we diagnose and treat cardiovascular disease,” said Stony Brook University President Samuel L. Stanley Jr., M.D. “This award signifies the broad scope and contributions of Dr. Einav’s work to basic science and medicine, underscores the impact of his dedication to educating students and mentoring faculty at Stony Brook, and recognizes his achievements advancing Biomedical Engineering, an ever growing field for 21stCentury medicine.”

According to the Mifal Hapayis judges, Dr. Einav received the Landau Prize because of his “innovative achievements and groundbreaking medical research, initiating and constructing the field of Biomedical Engineering in Israel and worldwide, for his contributions to the advancement of research in Cardiovascular Medicine for the benefit of mankind, the development of instructional programs in Biomedical Engineering in Israel and worldwide, teaching and instructing many generations of engineers, scientists and physicians, and extensive public advocacy.”

The organization cited that as a world authority in biomedical engineering, Dr. Einav is “credited with breakthroughs on blood flow and cardiac activity, computational approaches to assess the severity of the disease and efficacy of treatment, and the development of medical devices and implantable systems for the diagnosis and treatment of heart disease and blood vessels.”

Among the cardiovascular medical devices and systems created by Dr. Einav are heart valves, ventricular assist devices, total artificial heart, a method for opening blocked arteries, diagnosing vulnerable plaques, and the use of nanotechnologies for recovery and regeneration of blood vessels. He is also the holder of numerous patents, including an intra-aortic pumping apparatus, a method for determining the degree of occlusion and elasticity in blood vessels, and a method and apparatus for magnetic resonance imaging of flow.

Dr. Einav joined Stony Brook University in 2004 and was named Associated Dean for Research and Graduate Studies in College of Engineering and Applied Sciences (CEAS), and Director of the Medical Technologies Division at Stony Brook’s Center of Excellence for Wireless and Information Technologies (CEWIT). His research at Stony Brook encompasses collaborative work in the Biomedical Engineering within the CEAS and School of Medicine.

The focus of work in his Stony Brook Biomedical Engineering laboratory is investigation of basic physiological flow phenomena in context with cellular and tissue engineering. The research is applied to the vascular system to discover ways of improving the functioning of cells, tissues, and organs of the body.  Dr. Einav and his team apply their methods to the physiological flow in the heart, arteries, veins, and microcirculation, as well as air flow in respiratory airways and urine flow in the kidney and urethra.

The goal of the lab is to simulate biological systems by way of mathematical models and computer systems to help life scientists better understand physiological functions. To facilitate biological studies, the lab develops new investigative techniques, noninvasive diagnostic methods, and advance multi-dimensional numerical modeling. Specific projects include the investigation of hemodynamics (blood flow) as a regulator of vascular biology, and the evaluation of critical conditions that lead to failure of biological organs, such as heart and coronary circulation or failure of circulatory prosthetic devices.

A native of Tel Aviv, Israel, Dr. Einav founded the Tel Aviv University Graduate Program of Biomedical Engineering in 1975 and the Department of Biomedical Engineering in 1993. He also lead the development of more than 15 start-up companies as Director of Ramot, the University Authority for Applied Research and Industrial Development, Ltd, the technology transfer organization of Tel Aviv University.

He has published more than 120 scientific papers and several book chapters. As an educator, he has mentored more than 75 Masters and Doctoral students who have entered science, academia an industry.