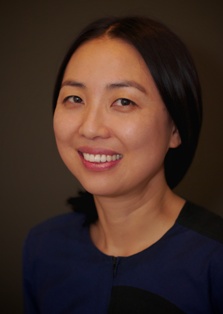 
Stony Brook, NY., September 25, 2013 – Jinyoung Jin has been appointed Associate Director for Cultural Programs at the Charles B. Wang Center at Stony Brook University, announced Diana Hannan, Director of Conferences and Special Events.  For the past ten years Jinyoung Jin was the Gallery Director in the Arts Department of The Korea Society located in Manhattan. She brings to Stony Brook’s Charles B. Wang Center a wide range of academic training and institutional experience in cultural and artistic matters.

With regard to her appointment Ms. Jin states: “I am deeply honored by this appointment, and I am eager to work closely with artists and scholars from the different ethnic Asian communities in order to offer a diverse learning environment while at the same time providing cultural stimulation of the local communities as well. I would like to make the Charles Wang Center the center of excellence in Asian culture and heritage, and I want to be a cultural ambassador who can contribute substantially to the next stage of the Charles Wang Center’s development.”

During her tenure at The Korea Society, Jin played a critical role in establishing the Arts Department.  She introduced diverse programs including in-house and traveling exhibitions, musical performances, films, lectures and workshops that provided a wider understanding of Korea and its culture to United States audiences.  Jin’s particular focus is on visual culture, where she often explores unique subjects and materials.  Some of the exhibitions that Jin curated include The Hidden Beauty of Korea Captured by Five Artists from Abroad 1920s-1950s (2013), 10,000 Threads: The Collected Works of Quilt Master Kim Haeja (2011), Missionary Photography in Korea: Encountering the West Through Christianity (2009), North Korean Images at Utopia’s Edge (2008), Toy Stories: Souvenirs from Korean Childhood (2008), Korean Funerary Figures: Companions for the Journey to the Other World (2007), Gods, Demons, and Generals: Icons of Korean Shamanism (2006) and Korean Comics: A Society Through Small Frames (2005). Jin’s exhibitions often garnered major laudatory reviews in the New York Times, Japan Times, L.A. Weekly and a number of academic journals.

As Associate Director of Cultural Programs, Jin’s primary role will be to establish the Charles B. Wang Center as a premier cultural venue that promotes cross-cultural exchanges and an understanding of Asian and Asian-American cultures.