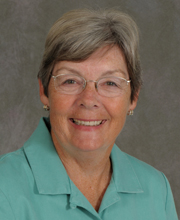 The Executive Board members were installed at the 31st annual Auxiliary Installation and Volunteer Recognition Luncheon on June 27 at Lombardi’s on the Sound in Port Jefferson, NY. Carol Gomes, MS, FACHE, Director of Operations for Stony Brook University Hospital and an Auxiliary Corporate Board member, administered the oath of office to:

Rohlf has served as President of a variety of civic organizations, including the Maple Park Civic Association, the Joint Civic Council of Smithtown, the Suffolk County Women’s Political Caucus, the Smithtown Business and Professional Women’s Network and the Guide Dog Foundation for the Blind. She has also served on the Board of Directors of Smithtown YMCA, the American Heart Association, and the Ride for Life to raise money and find a cure for ALS.

The SBUH Auxiliary is a volunteer organization made up of a diverse group of men and women committed to raising money for hospital projects for which other sources of money are not readily available. Since its formation in 1981, the Auxiliary has raised more than $6 million for hospital projects, services and equipment. Membership in the Auxiliary includes an invitation to the annual luncheon, advance notice of all special events, quarterly newsletters and an annual report. For more information about the Auxiliary, call (631) 444-2699.