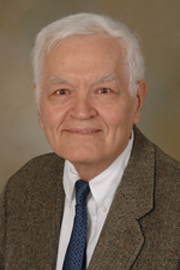 STONY BROOK, NY, November 29, 2011 – A team of researchers led byJames Glimm, Distinguished Professor of Mathematics and Statistics at Stony Brook University, has been awarded 35 million hours of supercomputing time on the IBM Blue Gene/P supercomputer at Argonne National Laboratory, one of only 60 projects chosen for the 2012 U. S. Department of Energy’s Innovative and Novel Computational Impact on Theory and Experiment (INCITE) awards. The team will run calculations exploring the turbulence of fluids and stochastic convergence for turbulent combustion.

“The larger purpose of the calculation and the project it is serving is to estimate uncertainties and errors associated with complex engineering design studies,” said Professor Glimm, the Principal Investigator of this project. “Here we eliminate a model for the flame structure, and rely on more basic equations of the laws of chemical reactions. In the process, we can identify errors or uncertainties in other calculations that still use such models.”

Co-managed by the Argonne Leadership Computing Facility at Argonne National Laboratory and the Oak Ridge Leadership Computing Facility at Oak Ridge National Laboratory, the INCITE awards will provide a total of nearly 1.7 billion processor hours to this year’s chosen research projects aimed at addressing scientific and engineering challenges of national and global importance. The supercomputers housed at these two laboratories are the fastest and largest research computers in the United States.