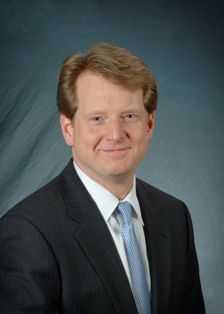 At UNC’s School of Medicine, Mr. Duyck led the largest group of fundraisers in medicine whose units combined to raise $34.5 million in private gifts and grants in the fiscal year 2012.  In the same year, Mr. Duyck led the effort to close a $10 million gift, one of the largest commitments in UNC’s history.  Before his tenure at the medical school, Mr. Duyck served as Associate Director for Corporate and Foundation Relations at UNC and as Director of Major Gifts for the UNC School of Public Health.

Mr. Duyck built his development skill set in a number of roles prior to UNC.  He was Associate Director of Development for the Oregon Health and Science University School of Medicine, where he raised funds from alumni across the state of Oregon.  Prior to OHSU, he launched his own corporate and foundation relations consulting practice, Rainmaker Grant Services. The firm provided grant research, writing, planning, and training services to nonprofits in Rhode Island and Massachusetts through a network of consultants. Mr. Duyck started his development career at The Rhode Island Foundation, one of the 25 largest US community foundations, and created their first donor services office.

“We are thrilled to welcome Greg to Stony Brook,” said Bailey. “His considerable talents and experience will ensure the University sustains its successful fundraising momentum while serving our talented students, faculty, friends and alumni.”

A native North Carolinian, Mr. Duyck earned his BA in English from Carnegie Mellon University and an MFA in Writing from Emerson College.  He has published several articles and book chapters on fundraising for public institutions and has served as a presenter, panelist, and chair of professional development programs for organizations such as the Association of Fundraising Professionals, the Rhode Island Funders Group, and the U.S. Department of Labor.

“I’m honored to have been selected for this position,” said Duyck. “Stony Brook is an outstanding university on a path to greatness, and I’m excited to be a part of this journey.”