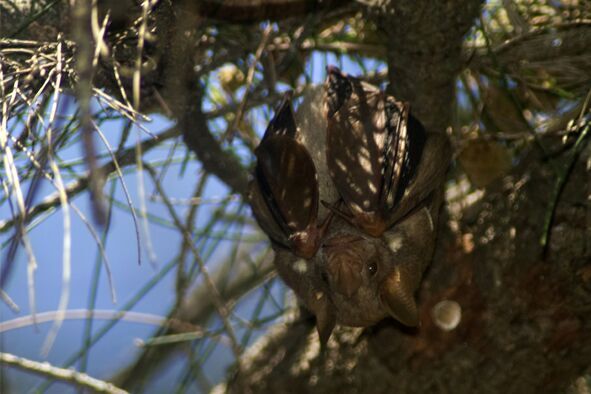 STONY BROOK, N.Y., January 31, 2018 – Plants and animals are generally thought to colonize from continents to islands, over time leading to the evolution of separate island species. Scientists have theorized that the reverse – colonizing from islands to continents – seems unlikely, mainly because the few competitors on islands make thriving on the mainland difficult for island specialists. But a new study published in the Journal of Biogeography suggests a re-thinking of colonizing patterns.

The paper, titled “Out of the Antilles: Fossil phylogenies support reverse colonization of bats to South American,” reveals that ancestral Short-faced bats from the Caribbean islands colonized South America. According to co-lead author Liliana M. Dávalos, PhD, a Professor in the Department of Ecology and Evolution in the College of Arts and Sciences at Stony Brook University, reverse colonization from islands to continents had not previously demonstrated using the fossil record. She and colleagues used models of dispersal over time including both the fossil record and extant Short-faced bats. Their models revealed the bats likely originated on Caribbean islands and then colonized Mesoamerica and South America.

The big question, says Professor Dávalos, is how could these tiny frugivorous bats compete for food with the dozens of competitor species on the continental Americas?

The researchers provide two explanations: Short-faced bats evolved with a unique powerful bite and may have been able to eat what other bats could not, and they also possessed unusual semi-transparent windows on their wings which enabled them to see predators while camouflaged among leaves and trees. While demonstrating reverse colonization among bats with dozens of competitor species suggests this process is not as rare as previously thought, the features of Short-faced bats hint that groups with a special features or capabilities may fare better in the perilous competition for continental survival.

She emphasized that this rare example of reverse colonization paves the way for understanding how and which species succeed in the long run.