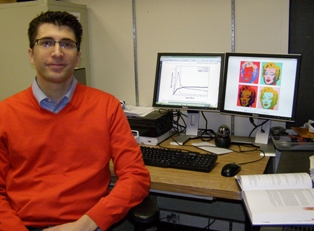 STONY BROOK, NY, March 29, 2013 – Contemporary scholarship has conceptualized modern fame as an open system in which people continually move in and out of celebrity status. However, according to new research, “Only 15 Minutes? The Social Stratification of Fame in Printed Media,” published in the April issue of the American Sociological Review, researchers led by Arnout van de Rijt, Assistant Professor in the Department of Sociology at Stony Brook University, reveal that most fame isn’t fleeting after all.

To come to this conclusion, the researchers studied the names mentioned in approximately 2,200 U.S. daily newspapers, weeklies and more infrequent periodicals over a period of several decades using Lydia, a research project in natural language processing (NLP) conducted under the supervision of Steven Skiena, a Distinguished Teaching Professor in the Department of Computer Science at Stony Brook University and co-author of the paper. Employing NLP, Lydia reduces text streams to time-series data on the news volume associ­ated with each news entity and their juxtapo­sitions in sentences, articles, and newspapers with other news entities.

What the researchers discovered was that, contrary to popular belief, most people who become truly famous in a given year, stay famous for decades, and that this is the case whatever field they’re in, including sports, politics and other domains.

This is even true of entertainment, where it might appear that fame is likely to be most ephemeral. For example, in a random sample of 100,000 names that appeared in the entertainment sections of more than 2,000 newspapers between 2004 and 2009, the 10 names that showed up most frequently were Jamie Foxx, Bill Murray, Natalie Portman, Tommy Lee Jones, Naomi Watts, Howard Hughes, Phil Spector, John Malkovich, Adrien Brody and Steve Buscemi. All have been famous for at least a decade and all are still much talked about today.

“The notion that fame is fleeting, particularly in this day and age of democratic newsmaking by everyone for everyone, appears to be a common perception,” said van de Rijt. “TV shows like ‘American Idol’ and ‘Jersey Shore,’ and people like Paris Hilton and Kim Kardashian are commonly used as examples of fleeting fame. This study suggests that in fact celebrities, even those whose fame may in the eyes of many, lack a basis of accomplishment, mostly maintain their celebrity status for many years.”

Indeed, the annual turnover in the group of famous names is very low. Ninety-six percent of those whose names were mentioned over 100 times in the newspapers in a given year were already in the news at least three years before. The authors point out that this can be explained by the fact that both media and audiences are trapped in a self-reinforcing equilibrium where they must continue to devote attention, airtime, and newspaper space to the same old characters because everyone else does so as well.

The researchers noted that talent, resources or chance events may propel an individual into the spotlight. But, once someone becomes truly famous, they tend to stay that way. Temporary celebrity is highly unusual and is to be found primarily in the bottom tiers of the fame hierarchy, such as when people like whistleblowers become famous for a limited time for participating in particular events.

The researchers acknowledge that there is further work to be done with data from blogs, television and video-sharing sites like YouTube to see whether the same patterns hold true. In addition to van de Rijt and Skiena, co-authors include Eran Shor, an Assistant Professor in the Department of Sociology at McGill University and a Stony Brook University alumnus (PhD, 2010); and Charles Ward, a software engineer at Google and former Research Assistant Professor at Stony Brook University.