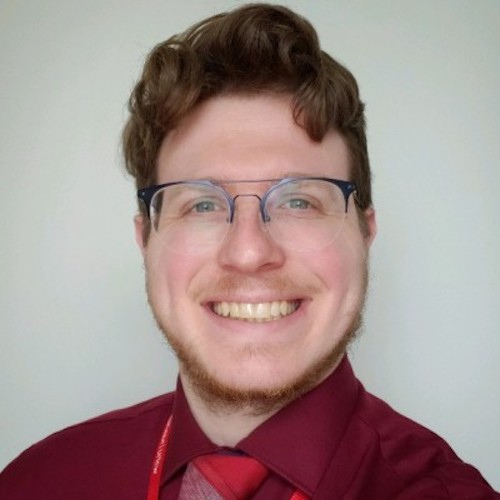 The award is for the first season of Allen’s ongoing climate change podcast Higher Ground, produced for WSHU, a Long Island National Public Radio affiliate station. The award is in the “Best Science Reporting on the Local/Regional Level” category.

“The National Academies of Sciences, Engineering, and Medicine is one of the most important organizations for developing evidence-based scientific advice for the United States and beyond,” said Maurie McInnis, President, Stony Brook University. “This honor is a significant achievement for our School of Communication and Journalism and a win for climate change communication more broadly, which couldn’t be more important at this time. I am delighted that Stony Brook’s collaborative approach to science and science communication – across the School of Communication and Journalism, the School of Marine and Atmospheric Sciences, and WSHU – has earned this well-deserved recognition. Congratulations to all.”

In the series, which is produced with support from the Kavli Foundation and the Alan Alda Center for Communicating Science, Allen, a 2016 Stony Brook alumnus, and co-host/producer Sabrina Garone explore some of the many ways climate change is affecting people and places across Long Island, as well as how communities are working to adapt, mitigate, and respond to the climate crisis.

“Many of the world’s most pressing problems – including climate change – involve science, but science alone is not sufficient for creating solutions. Effective science communication and engagement are critical for us to create the powerful solutions we need,” said Laura Lindenfeld, dean of the School of Communication and Journalism and executive director of the Alan Alda Center for Communicating Science. “JD’s hard work to shed light on Long Island communities’ efforts to mitigate the impact of climate change helps demonstrate the importance of effective science communication and solutions-oriented storytelling in this struggle. I’m so proud of this work, and of JD’s achievement.”

The Schmidt Awards honor journalists and researchers across fields and career stages with 12 awards in three categories highlighting efforts to communicate science in society. Sponsored by Eric and Wendy Schmidt’s philanthropic foundation, Schmidt Futures, the awards give $600,000 in total prizes to the recipients. In addition, WSHU will receive a $20,000 prize.

The first season of Higher Ground included episodes ranging from issues with Long Island’s electrical grid in the event of another superstorm, dying bee populations’ effect on local agriculture and the social complexities of which populations are most impacted by a changing climate, among other topics. It featured experts from Stony Brook’s School of Marine and Atmospheric Sciences, including Donovan Finn, assistant professor; Lesley Thorne, associate professor, and Kimberly Lato, a doctoral student.

The podcast was produced with help from several Stony Brook University student interns: Kelly Hills-Muckey, then a graduate student in genetics and science communication, worked as an associate producer alongside journalism major Sara Ruberg ‘22. Josh Joseph, who also earned a journalism degree in 2022, produced graphics for the first season and is working on the second. WSHU’s Long Island bureau is located on the Stony Brook campus, and frequently offers internships to SoCJ students.

WSHU is releasing Higher Ground’s second season with support from Sesame Workshop. The new season crosses the Long Island Sound to Bridgeport, CT, and examines climate change through the eyes of some of the city’s eighth graders.

The podcast is a strong example of solutions journalism, an approach to reporting that focuses on identifying and highlighting efforts to solve problems in society rather than simply pointing out problems. Solutions journalism is a core part of the SoCJ’s undergraduate and graduate journalism programs, and the school was recently named the first of four Solutions Journalism Network hub institutions. WSHU is also moving to more fully incorporate the solutions-based approach into its news reporting, according to Dael.

Higher Ground was supported by the Kavli Foundation, via the Alan Alda Center for Communicating Science.

The award marks the second national recognition the SoCJ has received following the 2021 Murrow Award for reporting on the history of slavery on Long Island.

Stony Brook University — New York’s flagship university and No. 1 public university — is going far beyond the expectations of today’s public universities. It is part of the State University of New York (SUNY) system. With nearly 26,000 students, more than 2,800 faculty members, more than 200,000 alumni, a premier academic health center and 18 NCAA Division I athletic programs, Stony Brook is a research-intensive distinguished center of innovation dedicated to addressing the world’s biggest challenges. The university embraces its mission to provide comprehensive undergraduate, graduate and professional education of the highest quality, and is ranked among the top 35 public universities by Forbes and one of the top 100 universities in the nation by the U.S. News & World Report Best Colleges listing. Fostering a commitment to academic research and intellectual endeavors, Stony Brook’s membership in the Association of American Universities (AAU) places it among the top 65 research institutions in North America. The university’s distinguished faculty have earned esteemed awards such as the Nobel Prize, Pulitzer Prize, Indianapolis Prize for animal conservation, Abel Prize and the inaugural Breakthrough Prize in Mathematics. Stony Brook has the responsibility of co-managing Brookhaven National Laboratory for the U.S. Department of Energy — one of only eight universities with a role in running a national laboratory. Providing economic growth for neighboring communities and the wider geographic region, the university totals an impressive $7.23 billion in increased economic output on Long Island. Follow us on Facebook (https://www.facebook.com/stonybrooku/) and Twitter(@stonybrooku)