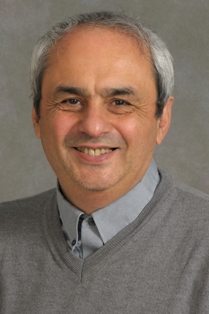 Eugene A. Feinberg, PhD chosen as a fellow of the Institute for Operations Research and the Management Sciences

STONY BROOK, N.Y., March 28, 2012 – Eugene A. Feinberg, PhD, Professor in the Department of Applied Mathematics and Statistics at Stony Brook University, has been named a fellow of the Institute for Operations Research and the Management Sciences (INFORMS), an award reserved for distinguished individuals who have demonstrated outstanding and exceptional accomplishments and experience in operations research and the management sciences. To be named a fellow, a candidate is evaluated in five categories: research, practice, management, education and service.

“I am very grateful to the colleagues for my nomination and election,” Dr. Feinberg said. “There are many outstanding scholars among INFORMS members, election requirements are high, and I am honored by this recognition.”

Dr. Feinberg was elected for his fundamental contributions to the theory and practice of operations research in the areas of Markov decision processes and dynamic programming. A Markov decision process is a mathematical model for sequential decision making, said Dr. Feinberg. It is also known under the names of stochastic dynamic programming or dynamic optimization of stochastic systems. “The initial development of this field was motivated by numerous applications such as inventory control, asset allocation, and sequential statistical analysis,” he said. “The list of current applications is huge, and it includes optimization of service, production, transportation, telecommunication, military operations, artificial intelligence, economics and medical decision making.”

Dr. Feinberg’s major areas of expertise are applied probability, operations research, statistics, and their applications. One of the areas of applications he is currently working on is the development of control algorithms for a new generation of electric power systems called Smart Grids.

“When I started to study this field as an undergraduate student, it was rigorously defined and the case of finite state and action sets was relatively well investigated. My research on Markov decision processes advanced the models with infinite state and action sets, multiple criteria, nonstandard criteria, and continuous time problems,” said Dr. Feinberg. “The applications I was involved in included developing preventive maintenance and job-scheduling programs for a major company, control of radars, control of queues, and applications of Markov decision processes to the Hamiltonian cycle problem – an important problem of theoretical computer science.”

Dr. Feinberg received an MS in Applied Mathematics from Moscow Institute of Transport Engineering in Russia, and a PhD in Mathematics with a concentration in Probability Theory and Statistics from Vilnius University in Lithuania. He has held permanent and visiting appointments at Yale University and MIT and has received an Honorary Doctorate from the Institute of Applied System Analysis, National Technical University of Ukraine.