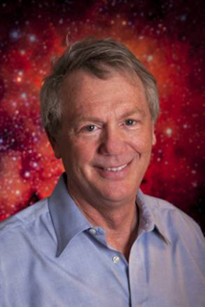 Simons Center for Geometry and Physics welcomes noted scientist to deliver a series of Della Pietra Lectures, open to public

Dr. Kirshner’s first series of talks will be held on Tuesday, October 2 at 11:00 am and 5:30 pm in SCGP Auditorium, Room 103, and is entitled, “A Nobel Surprise: The Accelerating Universe.”  Both talks are intended for a general audience of high school or undergraduate students in particular, and will show the evidence for cosmic acceleration, outline the present state of knowledge on dark energy, and suggest some ways to find out more about this deep cosmic mystery that lies at the heart of our understanding of gravitation and of our cosmic destiny.

Dr. Kirshner will also deliver a technical seminar open to faculty, advanced graduate students and those with a background in the advanced sciences titled, “Measuring Cosmic Acceleration: a Blunder Undone,” which will take place on Wednesday, October 3 at 11:00 am in the SCGP Lecture Hall, Room 102.  The full abstract is available here.

A 1970 graduate of Harvard College, Kirshner received his PhD from Caltech and recently received an honorary Doctor of Science degree from the University of Chicago.  He served as President of the American Astronomical Society from 2003 to 2005; is a member of the National Academy of Sciences and the American Philosophical Society. He shared in the 2007 Gruber Prize for Cosmology and received the 2011 Dannie Heineman Prize for Astrophysics from the American Institute of Physics.

Two of the recipients of the 2011 Nobel Prize in Physics, Brian Schmidt and Adam Riess, were Dr. Kirshner’s graduate students at Harvard. A frequent public lecturer on astronomy, he teaches a large undergraduate general education course at Harvard entitled, “The Energetic Universe;” and is the author of the popular-level book The Extravagant Universe: Exploding Stars, Dark Energy, and the Accelerating Cosmos.  From 2001 to 2007, he was Master of Quincy House, one of Harvard’s undergraduate residences.

These lectures are made possible by a generous donation from brothers Stephen and Vincent Della Pietra. The Della Pietra Lecture Series aims to bring world-renowned scientists to the Simons Center for Geometry and Physics to enhance the intellectual activity of the Center and also bring greater awareness of recent and impactful discoveries in Physics and Mathematics to the Long Island community.

For more information visit the Simons Center for Geometry and Physics website or call 631-632-2800.