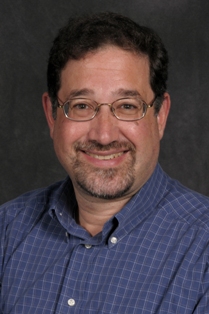 Klein was recognized as a leading researcher in determining the causes and treatment of chronic depression; and more recently on the contributions of temperamental, family and biological factors on the development of depression in children and adults, according to the citation issued by the Society of Clinical Psychology.

“Dr. Klein’s distinguished work in the field of Clinical Psychology has led to innovative and clinically important contributions to understanding and more effectively treating depression,” said Dennis N. Assanis, Provost and Senior Vice President for Academic Affairs at Stony Brook University. “His outstanding scholarship and research has led to both theoretical and policy changes in the areas of assessment and treatment. I congratulate him on this well-deserved recognition from the Society of Clinical Psychology.”

“I’m honored to receive this award,” said Dr. Klein. “It is particularly special to me because I am joining the ranks of three current and former colleagues from Stony Brook who received this great honor in the past – SUNY Distinguished Professors K. Daniel O’Leary and Marvin Goldfried, and the late Professor John Neale.”

Dr. Klein’s research is geared at understanding the nature, development and causes of depression; including, identifying similarities and differences between depression at different stages of development (childhood, adolescence and adulthood). Most recently he has studied the role of early childhood emotional style in later adjustment and examined some of the biological and environmental factors that influence the development of children with different emotional styles. “Chronic depressions and episodic remitting depressions are very different and may be caused by different factors and require somewhat different approaches to treatment,” Dr. Klein said.

Dr. Klein has served as a Principal Investigator on three of the largest clinical trials for treatment of chronic depression, and was instrumental in demonstrating that the combination of psychotherapy and pharmacotherapy was better than either treatment alone.