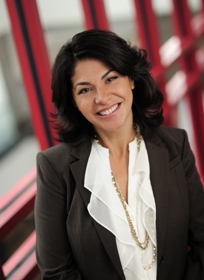 Hannan brings more than 20 years of professional experience to the position, the last 11 of which have been at Stony Brook. Before joining the University, she worked as an assistant producer at a New York City-based advertising agency, and as both corporate and regional sales manager for a world-renowned book retailer.

Diana began her University career as a training instructor in the Department of Human Resources before joining Advancement. She rose through the ranks to Manager and then, since 2007, to Director. As a senior supervisor of the Advancement Services division, she successfully merged events staff members from Stony Brook University, Stony Brook University Medical Center and the Alumni Association into one unified team. Additionally she was in charge of executing fundraising and cultivation events for the President’s Office, SBUMC, School of Medicine, Health Sciences Center, the Stony Brook Alumni Association and various internal departments.

As Director of Conferences and Special Events, Diana will report to Dr. Tonjanita L. Johnson, Chief Deputy to the President. Her primary responsibilities include organizing and directing all University Commencement ceremonies and managing her staff in creating and scheduling programs, whether academic, non-academic, celebratory or commemorative. Her role is integral in attracting organizations to the University for one-time or recurring conferences and special events. She is also responsible for coordinating and guiding the Director of the Charles B. Wang Center Programming and its tri-fold function as an Asian-American cultural center, conference center and arts venue.