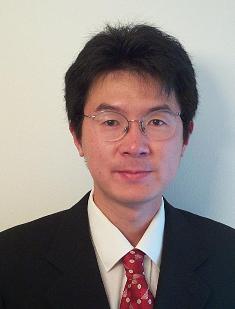 
STONY BROOK, NY, August 22, 2013 – Prof. David Gu, Associate Professor of Computer Science at Stony Brook University, was selected to receive the prestigious 2013 Morningside Gold Medal of Applied Mathematics during the International Congress of Chinese Mathematician (ICCM) in Taipei, Taiwan. Prof. Gu was recognized for his work in computational mathematics and was the only scholar in applied mathematics to receive the award this year. During the ceremony, in addition to the gold medal, he received a certificate and a cash award of $25,000.

“Receiving this award is a tribute to David’s outstanding interdisciplinary work across mathematics and computer science and the promise he holds for the future,” said Dennis Assanis, Provost and Senior Vice President of Academic Affairs.

Upon receiving the award, Dr. Gu thanked colleagues from the Department of Computer Science for their “mentorship, consistent support, and encouragement”, in particular, Prof. Arie Kaufman for his mentorship and guidance in medical imaging and visualization; Prof. Hong Qin for collaboration in geometric modeling; Prof. Jie Gao for insight related to wireless sensor network; and, Professors Dimitris Samaras and Klaus Mueller for computer vision and visualization support.

Established in 1969, the Computer Science Department at Stony Brook University is consistently ranked among the top 20 computer science departments in the nation by the National Research Council. The department is the largest unit in the College of Engineering and Applied Sciences and is among the largest on the campus. A Gourman report indicated Stony Brook’s undergraduate program, accredited by the Computing Accreditation Commission of ABET, was ranked 15th nationwide and 2nd in New York State. The most recent NRC survey ranked its graduate program among the top 20 graduate programs in the U.S. With an annual research expenditure of roughly $8 million, the department is active in many of the major research areas in computer science. Computer Science faculty and students work closely together in an open, collegial atmosphere. The department is active in many of the major research areas in computer science with specialization in Visual Computing, Computer Systems, Networking, Security, Intelligent Systems, Concurrency and Verification, Algorithms and Computer Science Education. It is the primary participant in the Center of Excellence in Wireless and Information Technology (CEWIT), a $50 million High-Tech Center at Stony Brook and one of a handful in New York State. Adding to its reputation as a rising star in the cutting edge research, education and industrial interaction essential to the innovation economy, a new 70,000-square-foot state-of-the-art Computer Science Building will open in 2014.