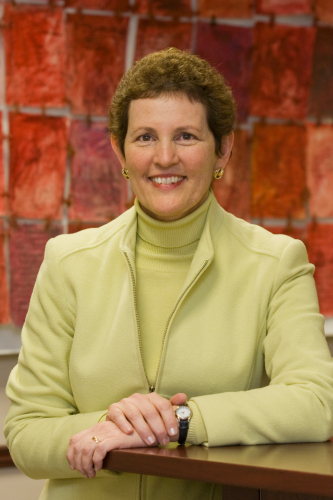 “After an intensive international search, I am thrilled to have Dr. Pearl leading our efforts at Stony Brook Southampton,” Dr. Kenny said. “Dr. Pearl’s environmental credentials are impeccable; she has shown exceptional leadership in helping shape and define sustainability efforts nationally and globally. She has the drive and ability to do the same for Stony Brook Southampton.”

“The academic mission and vision of Stony Brook Southampton is an appropriate response to the need for a deeper, integrated and systemic understanding of how to sustain the ecosystems that support human well-being,” Dr. Pearl said. “I am looking forward to working with a creative and energetic faculty to prepare students who will graduate ready to create and take up the ‘green’ jobs that our economy and society will require.

“In addition, the East End of Long Island consists of an exceptional community of people who care about culture and nature, and I envision Stony Brook Southampton as a place of celebration and study of both.”

Dr. Pearl is President of Wildlife Trust, a global organization dedicated to innovative conservation science, linking ecology and health, and building careers of local scientists and educators in 20 high-biodiversity countries in North America, Asia, Africa and Latin America. She is co-founder of the Center for Conservation Medicine, a consortium of Wildlife Trust with Tufts Veterinary School, Johns Hopkins Bloomberg School of Public Health, the National Center for Wildlife Health and the Center for Health and the Global Environment at Harvard Medical School. She is also a co-founder of the Center for Environmental Research and Conservation at Columbia University, where she serves as an adjunct research scientist.

She is editor of the series Methods and Cases in Conservation Science at Columbia University Press, and is co-editor of Conservation Medicine (Oxford 2002) and Conservation for the 21st Century (Oxford 1990). Dr. Pearl has published numerous scientific papers, is Associate Editor of the academic journal Ecohealth (Springer) and serves on the editorial board of Conservation in Practice. She received her undergraduate and doctoral degrees from Yale University and holds an honorary doctorate from Marist College.

Newsweek magazine profiled Dr. Pearl with a two-page interview in November 2005, describing her as a leading wildlife biologist who has “spearheaded the development of ‘conservation medicine’ – a scientific exploration of the links between the health of humans, wildlife and ecosystems.” She is a member of the International Women’s Forum and the Belizean Grove, two networks of leading women in business, government and the public sector, and recently served as member of the Task Force on Environmental Sustainability of the UN Millennium Project. She serves on the board of Shine Global, the Gomez Foundation for Mill House and Brazil’s Institute for Ecological Research,.. Dr. Pearl has written a column, “Natural Selections,” for Discover Magazine, and is a member of Newsweek’s Global Environment and Leadership Advisory Committee.

Dr. Pearl is married to Don J. Melnick, Ph.D., the Thomas Hunt Morgan Professor of Conservation Biology at Columbia University. They have two children: a daughter, Meredith, who is studying journalism at Columbia; and a son, Seth, a senior at Columbia College majoring in both Political Science and Philosophy.

Now in its second full year of operation, Stony Brook Southampton continues to grow. There are approximately 400 students enrolled overall, up from 200 last year, with strong admissions expectations for the fall and applications up 150% from last year. New buildings have come online each semester, and a state-of-the-art, LEED-certified library is slated to be completed this fall. Cutting-edge majors include: Ecosystems and Human Impact; Environmental Design, Policy and Planning, Sustainability Studies, Environmental Studies, Marine Sciences,  Marine Vertebrate Biology and a “green” Business program. Stony Brook Southampton, a model of sustainability that was featured in The New York Times this past summer and on “NBC Nightly News With Brian Williams” and “The Today Show,” continues to build one of the nation’s most sustainable campuses. Stony Brook Southampton is also known for its esteemed MFA in Writing and Literature program and its nationally renowned “A Writer’s Summer” annual workshops with top authors, the beautifully renovated Avram Theater and Avram Gallery that offer exceptional music and arts offerings year-round, and scenic Hamptons seaside location, including an 18th century windmill, on 82 acres in Shinnecock Hills.