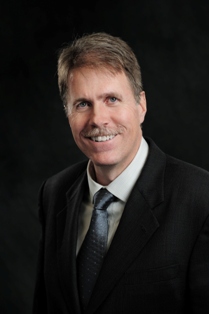 
Stony Brook, NY., August 27, 2013 – After a competitive national search, Provost and Senior Vice President for Academic Affairs Dennis N. Assanis has announced that Dr. Charles (Chuck) Taber has been selected to serve as the Vice Provost for Graduate Education and Dean of the Graduate School at Stony Brook University, effective September 1, 2013.

“I am very pleased that the future of Stony Brook University’s Graduate School will be led by a scholar and competent higher education professional,” said Samuel L. Stanley Jr., M.D., President of Stony Brook University. “Our Graduate School is committed to the highest standards of academic excellence, a diverse and productive academic community, and ethical conduct in research and scholarship. Stony Brook is among the leading public research universities in the Northeast, with a large and growing graduate population and a strong tradition of excellence in doctoral education across the Arts & Sciences, Engineering, Marine Sciences, Biomedical and Health Sciences.”

During his 24 years at Stony Brook, Chuck Taber has served in many roles.  He has been on the faculty at Stony Brook University since 1989 and is currently a Professor of Political Science. As Associate Dean and subsequently Interim Dean of the Graduate School, Chuck has been responsible for the development of new graduate programs, curricular changes to existing graduate programs, the Provost’s Graduate Student Lecture Series, China Interviews, new graduate student orientations, postdoctoral affairs, and working with the Graduate Council to update Graduate Policies.  He has also served as undergraduate director and graduate director for the department of political science. He has chaired the University Graduate Council, the President’s Task Force on Graduate and Professional Student Housing, the Provost’s Task Force on Responsible Conduct of Research and Scholarship, and the Senate’s Subcommittee on the Master’s Initiative. Most recently, he served as Co-Chair of the Provost’s Task Force on Academic Assessment.

“I want to gratefully acknowledge Chuck Taber’s energy, dedication, and accomplishments during his service as Interim Dean of the Graduate School,” said Provost Assanis. “His insight and direction has led to new and enriched programs, and important progress towards our goal of prominence in graduate education. The School now boasts dynamic educational offerings, high enrollment, a talented faculty, and interdisciplinary linkages to other university programs.  I look forward to now working with Chuck as Vice Provost for Graduate Education and Dean of the Graduate School and all of the members of the School, to further build along this trajectory of excellence.”

Stony Brook University’s Graduate School administers and supports 44 doctoral programs, serving 2300 students, and 50 master’s programs with over 1800 students.  The Vice Provost for Graduate Education and Dean of the Graduate School provides direction, support, oversight, and advocacy for graduate education across the University. The responsibilities include graduate admission and records, program development and new initiatives, program evaluation, and strategic leadership for graduate education locally and among our national peers. The Vice Provost and Dean serves as a member of the University’s senior leadership team, and works collaboratively with College Deans and Directors of graduate studies as well as student governance across campus to improve graduate education at the University.

“After more than twenty years of deep engagement in graduate education at Stony Brook, I could not be more excited about our future,” said Dr. Taber. “This is a special time at Stony Brook University. We are on the cusp of a renaissance in graduate education and research, which will be fueled by faculty growth and a commitment to excellence, innovation, and collaborative research communities across our university. In a time of great challenges for higher education, I am thrilled to contribute to our pursuit of excellence.”