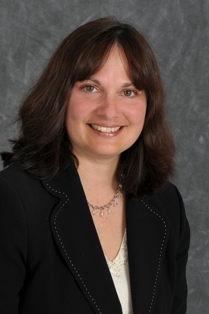 Gomes had been serving as Interim Chief Operating Officer for SBUH since October 2012 and had served as Director of Operations from January 2011 to October 2012.

“Carol began her career 27 years ago at Stony Brook, and through her diligence, energy and consistent accomplishments, she has advanced in the organization,” Dr. Pasternak said. “She has managed her duties in a manner that has earned her the respect and admiration of clinical and administrative staff at Stony Brook Medicine and Stony Brook University.”

As Chief Operating Officer, Gomes will be administratively responsible for Suffolk County’s only tertiary care, academic medical center. With 597 beds, SBUH is the county’s only Level I Trauma Center and Regional Perinatal Center. The hospital has 5,500 employees and an annual budget of $980 million.

Gomes joined SBUH in 1985 as a Histotechnologist in the Surgical Pathology Laboratory. She was promoted to Section Supervisor for the laboratory, and was later named Administrative Coordinator for the Laboratory Career Ladder Program and Clinical Applications Manager for the Laboratory Information System. She was next promoted to Laboratory Quality Assurance Coordinator, after which she was named the hospital’s Continuous Quality Improvement Director, a title she held from 1997 to 2008.

A resident of Mt Sinai, NY, Gomes received her bachelor of science degree in medical biology with a specialization in medical technology in 1984 from Long Island University. She received her master’s degree in healthcare management and administration in 1990 from Stony Brook University, followed by a master’s degree in management and policy, also from Stony Brook University, in 1997. She serves as a lecturer in the School of Health Technology and Management at Stony Brook Medicine and is a fellow of the American College of Healthcare Executives. She previously has served on the Board of Examiners of the Malcolm Baldrige National Quality Award Program.