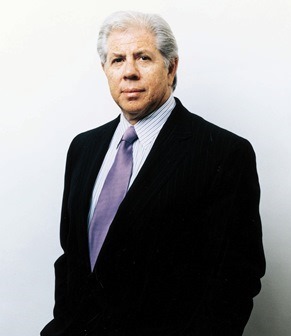 STONY BROOK, NY, August 22, 2013 – Pulitzer Prize winning journalist and author Carl Bernstein will join the faculty at Stony Brook University as Visiting Presidential Professor beginning September 1,  announced Stony Brook President Samuel L. Stanley Jr., M.D., and Provost and Sr. Vice President of Academic Affairs, Dennis N. Assanis. Bernstein will co-teach and guest lecture with an interdisciplinary focus in courses for the School of Journalism and departments of English, History, Political Science, Sociology and Writing and Rhetoric as well as give lectures for the campus and local communities. As part of the responsibilities associated with his appointment, Bernstein will also engage in development and fundraising initiatives on behalf of Stony Brook University.

In the 1970s Bernstein and Bob Woodward became the most famous journalists in America when they exposed the Watergate story while working at The Washington Post, consequently bringing about the resignation of President Richard Nixon. Not only did they break the biggest story in American politics, they set the standard for modern investigative reporting and helped The Post win the Pulitzer Prize for Public Service in 1973. Bernstein and Woodward went on to document the story in two classic best-selling books, All The President’s Men — also a multiple Academy Award winning film — and The Final Days.

“We are so extremely fortunate to be able to have Carl Bernstein – a true American icon – share his experience and knowledge with the students, faculty and community of Stony Brook University,” said President Stanley. “Coupled with his perspective as a great historian, he brings to bear an incisive view of what is happening in the world today. I’m sure it will be standing room only when he’s teaching or lecturing on campus over the next two years.”

“We are honored to be welcoming Carl Bernstein, renowned investigative journalist and author, to Stony Brook University,” said Provost Assanis. “Carl will be engaged in interdisciplinary educational and scholarly activities across various areas and departments, including English, History, Journalism, Political Science, Sociology and Writing and Rhetoric. His presence on campus will have an enormous impact on our undergraduate and graduate students, as well as our faculty, staff and the larger community.”

Bernstein,  69, said, “I’ve known for a while  that I want to do more teaching, but I was determined not to be pigeonholed  in a single academic department or discipline, and I wanted to be at a university that is breaking   the traditional academic mold  and structure.  Stony Brook,   its student body, faculty and  location seemed ideal.

“The idea was to develop an interdisciplinary agenda, focused on the history  and politics  and culture of  America  and its place in the world  from the 1950s to the present, coinciding with    the arc of my own life  and  what has shaped it: reporting and journalism; civil rights and liberties; the McCarthy Era;  American popular culture; the presidency; writing; great historical  and cultural figures and movements or our time; and Washington, where I was born and raised.”

In addition to his books with Woodward (including a contribution to The Secret Man, about  their  Watergate source known as Deep Throat), Bernstein is also the author of the definitive papal biography His Holiness: John Paul II and the History of Our Time (with Vatican expert Marco Politi); Loyalties: A Son’s Memoirs; and, most recently, the  national bestseller A Woman in Charge: The Life of Hillary Rodham Clinton. He is also well-known for his magazine journalism, particularly “The Ballad of John McCain,” an account of the presidential candidate that he wrote in 2000 for Vanity Fair; his Newsweek/Daily Beast commentaries in 2011 about Rupert Murdoch; and a 1992 cover story for The New Republic, “The Triumph of Idiot Culture.” He has also written for Time, Newsweek, Rolling Stone and The New York Times.

In addition to his writings, Bernstein is a frequent guest and analyst on television news programs. He is a former Washington Bureau chief and  correspondent for ABC News, appears regularly on MSNBC’s Morning Joe and has been an on-air political analyst for CNN.

Bernstein has several current projects underway, including a dramatic TV series about the U.S. Congress, another focused on rock and roll, a film project  with director Steven Soderbergh and a memoir about growing up at The Evening Star, where he began his journalism career in Washington at age 16.