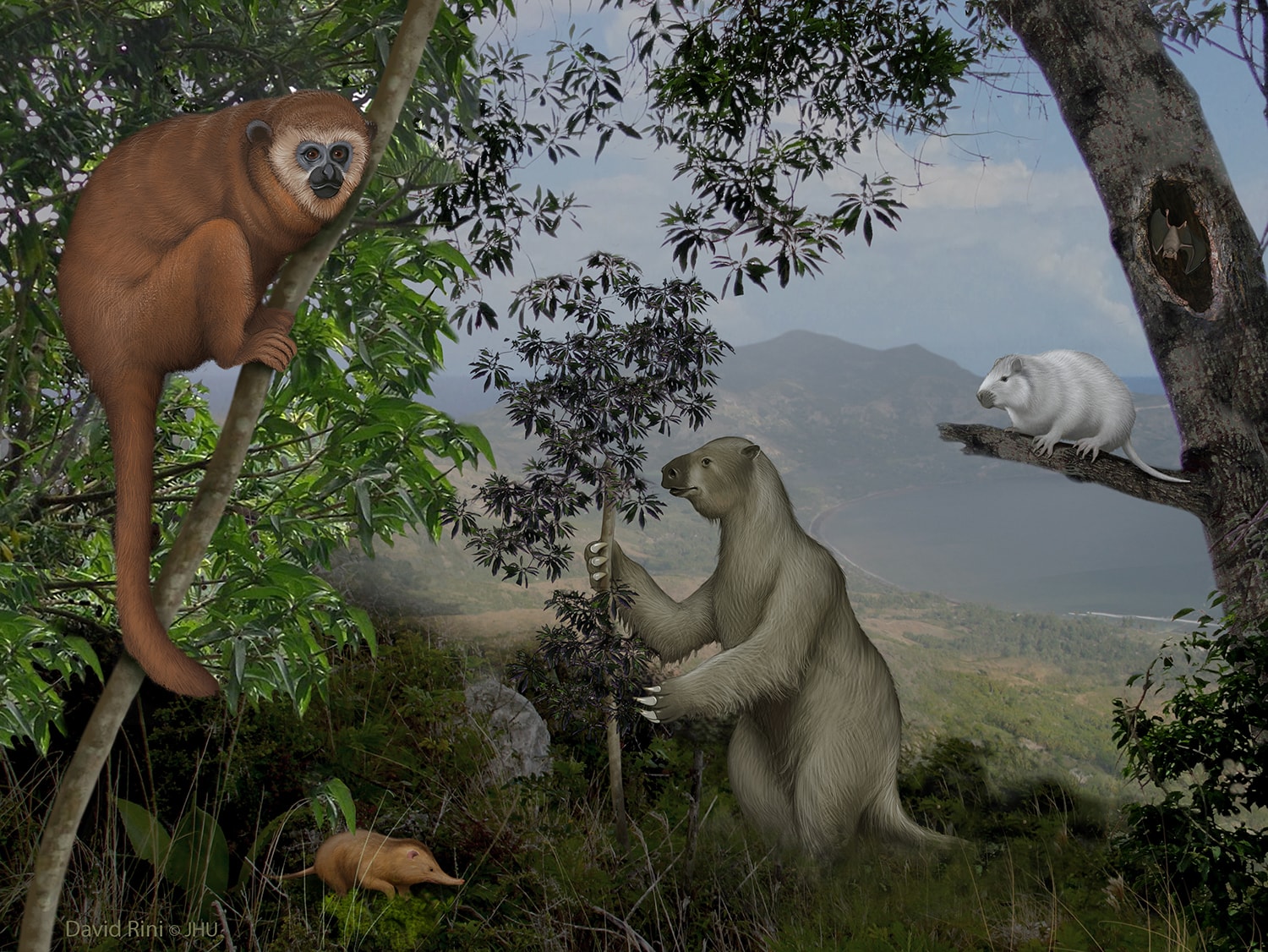 Although filled with tropical life today, the Caribbean islands have been a hotspot of mammal extinction since the end of the last glaciation, some 12,000 years ago. Since people also arrived after that time, it has been impossible to determine whether natural changes or human influence are most responsible for these extinctions.

A new study by an international team of scientists, including Stony Brook University Professor Liliana M. Dávalos, reports an analysis of the incredibly diverse “lost world” of Caribbean fossils that includes giant rodents, vampire bats, enigmatic monkeys, ground sloths, shrews and dozens of other ancient mammals. The study, published today in the Annual Review of Ecology, Evolution, and Systematics, reveals that the arrival of humans and their subsequent activities throughout the islands was likely the primary cause of the extinction of native mammal species there.

The Caribbean islands were not the only region to lose many mammal species; many large mammals from ground sloths to mastodons also vanished from continental North America. As dramatic and natural changes in the environment and the arrival of people to the continent roughly coincide in time, a scientific debate on what caused the demise of this fauna continues. Because people arrived to the islands long after the end of the glaciation, starting some 6,000 years ago, the Caribbean islands provide an ideal laboratory for discovering the cause of these losses.

In the paper, the scientists report analyses of the most comprehensive radiocarbon data set of Caribbean mammals and human arrivals in the Caribbean, representing 57 extinction and extirpation (when a population vanishes from an island) events for native species. While the scattered data by themselves are invaluable, separate data points are hard to interpret, as different methods used at various sites can obscure larger patterns. So, the research team introduced a chronology developed by collecting established fossil dates reported in dozens of already-published and peer reviewed papers in an array of scientific journals.

“By using models to estimate the time of overlap between people and extinct mammals on each island, we were able to show most mammal extinctions happened after the arrival of humans on various islands in the Caribbean, and not before,” explained Dávalos, who led the quantitative analyses of the study. While the overlap between people and the fauna is not proof positive of human causes for the many extinction events in the region, it is an important step to determine why these mammals went extinct. Weaving together data from the many journal articles and archaeological site reports, the team concluded that the timing of extinctions indicates humans may be involved in the extinction of more than 60% of the nearly 150 native mammal species.

Multiple waves of human settlement in the Caribbean occurred over the past six to seven thousand years. The first settlers, Amerindian people from South or Central America known as the Lithic culture, were followed by two other waves – the Archaic and Ceramic, both from South America. The authors showed that after the initial waves of human arrival, mammal extinctions followed, presumably first caused by hunting and later by forest clearing for agriculture, which reduces the habitat for native mammals. A final wave of human migration, this time from across the Atlantic, brought with it cats, rats, goats, mongoose, and other introduced mammals. The ensuing change in habitats, and both competition and predation, resulted in the extinction of about a dozen populations on the smaller islands of the Lesser Antilles. These predators and competitors can affect the populations of Caribbean mammals that survived previous extinction waves.

“While this paper is the result of an important collaboration of scientists – with each author bringing their expertise to the table to solve the puzzle mammal extinction – saving the community of mammals of today needs a much wider group of professionals, especially on each island, which is why we are assembling a larger team,” she added.

Dávalos’ team is now working to bring together a larger, interdisciplinary team of colleagues to create an intensive conservation management plan incorporating the expertise of conservation researchers, biologist, ecologists, policy-makers, educators, and land and wildlife management experts to save the last surviving native Caribbean mammals.

“In examining data from both paleontological digs and archeological reports, the evidence highlights the need for urgent human intervention to protect the native mammal species still inhabiting the region, and that is why we are coming together with scientists from all over the Caribbean,” concluded Dávalos.

The study was funded in part by the National Science Foundation.