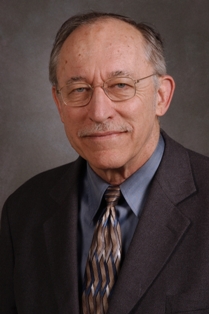 
STONY BROOK, N.Y., April 9, 2012 – Aristolochic acid (AA), a component of a plant used in herbal remedies since ancient times, leads to kidney failure and upper urinary tract cancer (UUC) in individuals exposed to the toxin. In a study of 151 UUC patients in Taiwan – where the incidence of UUC is the highest reported anywhere in the world and where Aristolochia herbal remedies have been widely use – Arthur Grollman, M.D., Distinguished Professor of Pharmacological Sciences, Stony Brook University School of Medicine, and an international team of scientists, conclude that exposure to AA is a primary contributor to the incidence of UUC in Taiwan. This finding, reported in PNAS, holds broad implications for global public health, as individuals treated with herbal preparations available worldwide that contain Aristolochia are at significant risk of developing chronic kidney disease or UUC.

Aristolochic acid is recognized by the U.S. Department of Health and Human Services as a powerful nephrotoxin and human carcinogen associated with chronic kidney disease and UUC. The dual toxicities and target tissues were originally revealed when a group of healthy Belgian women developed renal failure and UUC after ingesting Aristolochia herbs to lose weight. Other cases of aristolochic acid nephropathy (AAN) and UUC were subsequently reported worldwide.

Most recently, Dr. Grollman and colleagues proved AA to be the causative agent of endemic nephropathy in the Balkans, solving a 50-year-old medical mystery that pointed to the ingestion of Aristolochia clematitis, or birthwort, contained in wheat. The study results were reported recently in Kidney International.


Using their previous work in the Balkans as a guide, Dr. Grollman and colleagues looked toward other areas where Aristolochia might be consumed and in which there was a high incidence of kidney disease and UUC. Taiwan appeared to demonstrate exactly that connection.

“We believe our latest research highlights the importance of a long-overlooked disease that affects many individuals in Taiwan, and, by extension, in China and other countries worldwide, where Aristolochia herbal remedies traditionally have been used for medicinal purposes,” says Dr. Grollman.

An analysis of National Health Insurance data in Taiwan between 1997 and 2003 indicates the widespread use of AA in herbal medications. Based on a 200,000 person random sample of the entire insured population of Taiwan, the data reveals that approximately one-third of those prescribed medicines consumed herbs containing, or likely to contain, AA.

Marc De Broe, University of Antwerp, an investigator not associated with the study says, “From a group of fewer than 200 patients in Belgium, and a geographically confined rural population in the Balkans, the circle of cancer risk due to AA exposure has now grown to potentially global proportions.”

In “Aristolochic acid-associated urothelial carcinoma in Taiwan,” Dr. Grollman and colleagues describe extracting DNA from tumors of 151 UUC patients. Twenty-five patients with renal cell carcinomas served as the control group. The researchers detected a metabolite of AA bound to DNA (aristolactam(AL)-DNA adducts) in the kidney cortex of 83 percent of the UUC patients.

According to Dr. Grollman, the AL-DNA adducts, formed by the reaction of AA and DNA, cause alterations in the properties of genomic DNA. This DNA-altering process is a crucial step in the development of cancer.

Additionally, alterations of TP53, a gene associated with many forms of cancer, were detected in a majority of the UUC patients. A total of 113 TP53 “signature” mutations were detected in 84 (55.6%) of the 151 patients.

Dr. Grollman explains that these findings from their molecular epidemiologic study in Taiwan clearly illustrate that the presence of AL-DNA in the kidney cortex, together with the specific mutations in tumor tissue, are biomarkers of exposure to AA.

Their research was supported by grants from the National Institute of Environmental Health Sciences, and the Zickler Family Foundation.