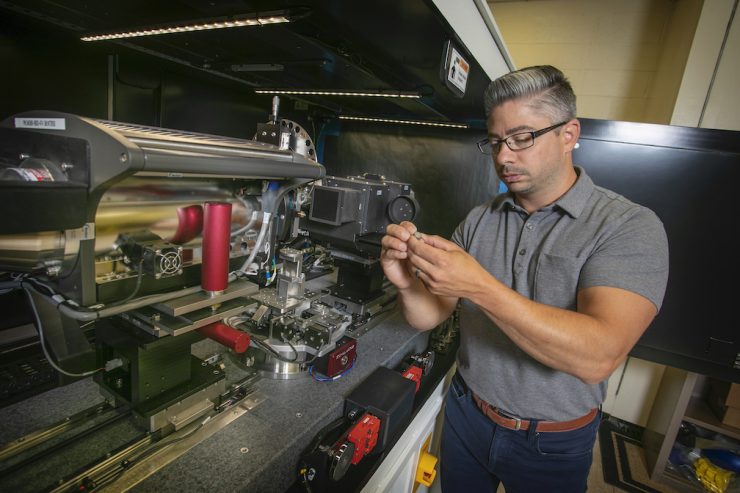 Stony Brook, NY, August 15, 2019 – The Institute for Advanced Computational Science (IACS) at Stony Brook University has received a $6.3 million anonymous donation to advance data-driven research that will improve understanding of some of the world’s most pressing challenges, including climate change, machine learning and next generation nuclear energy, among others.

“Thanks to this exceptionally generous gift, our IACS researchers will redefine the boundaries of advanced computational science,” said Michael A. Bernstein, Interim President of Stony Brook University. “In the age of supercomputing, we have a profound ability to transform scientific understanding across disciplines. I am confident IACS will be at the forefront of these remarkable research endeavors.”

Advanced computational science accelerates the speed of calculations, allowing researchers to process data and develop conclusions beyond the scope of what was previously possible. Through advanced computation, Stony Brook’s IACS researchers are redefining scientific understanding across multiple disciplines.

“Whether modeling climate change, the inner workings of the human brain, or nuclear energies, our future is dependent on supercomputing and big data,” said Robert Harrison, PhD director of the IACS. “Research data has the powerful ability to evolve our perspectives and where new ideas emerge, innovation follows. This generous donation allows us to not only expand our resources but also empower scientific breakthroughs for a more prosperous future.”

The donation will help to expand research excellence, sustain the IACS with the hiring of additional staff, extend the Institute’s STRIDE program to all students and serve as seed money for engagement initiatives. Multidisciplinary research will be expanded in pursuit of the following themes:

Since 2012, the IACS has led efforts to communicate science, apply high-performance computing to bridge disciplines and enable data-driven research. The institute’s initial funding stemmed from a $10 million anonymous donation, plus matching funds of equal value from the Simons Foundation.

For more information about the IACS at Stony Brook University, visit iacs.stonybrook.edu.