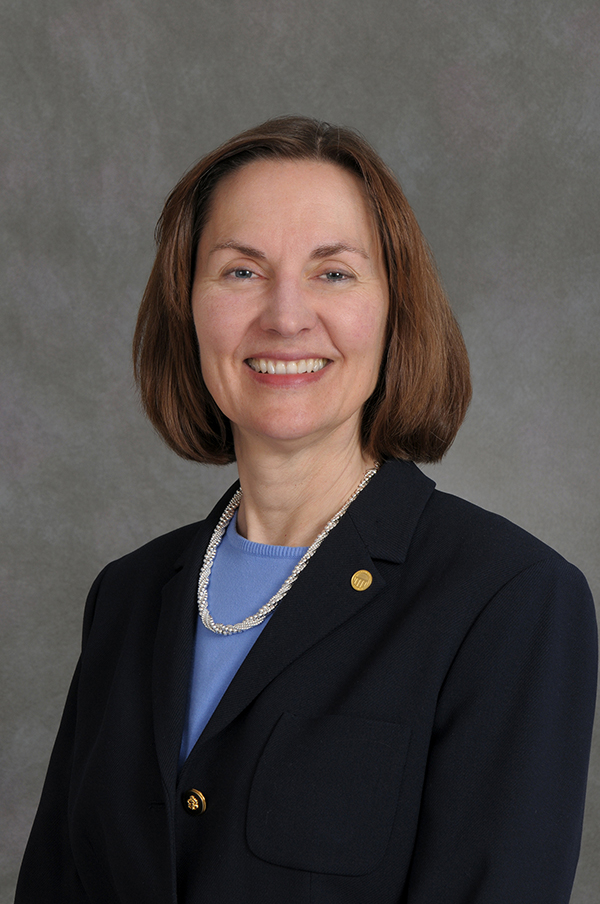 “Finding new ways to harness and use energy more efficiently remains a global concern, and only through research will the momentum of new energy technologies grow,” said Samuel L. Stanley Jr., MD, President of Stony Brook University. “Stony Brook University is proud to be a leader on the advanced energy stage, and it is a great testament to Esther Takeuchi and John Parise that the Department of Energy renewed and selected their respective proposals. This work will transform energy storage technology and materials, and contribute to the solutions that will address the most pressing issue our world is facing right now: climate change.”The awards are part of the DOE’s announcement of $100 million to fund 42 EFRCs; Stony Brook University is one of only three universities to receive funding for two EFRCs. The two EFRC awards will also receive $1.75 million in New York State matching funds:  New York Science, Technology and Innovation (NYSTAR) of the Empire State

Development will fund both m2M and GENESIS, and New York State Energy Research and Development Authority (NYSERDA) will provide additional funds to m2M. Also, another $1.7 million for both EFRC awards has been committed through institutional support.

The Stony Brook m2M originally began operations on August 1, 2014, and is housed at the University’s New York State Center of Excellence in the Advanced Energy Center in Stony Brook’s Research and Development Park.

According to Takeuchi, the William and Jane Knapp Endowed Chair in Energy and the Environment, a Distinguished Professor of Chemistry in the College of Arts & Sciences
and in Materials Science and Chemical Engineering in the College of Engineering and Applied Sciences at Stony Brook University, and Chief Scientist of the Energy Sciences Directorate at Brookhaven National Laboratory, the Stony Brook-led m2M will further conduct basic science research to advance and enable the deliberate design of materials and components to achieve higher performing, longer life, and safer energy storage systems, including batteries.

The challenge that research team will face to advance the m2M on a fundamental level is combining high capacity and high power. Normally one can be had at the expense of the other. On a practical level, this would mean that it would be possible to have batteries that enable driving a long distance in a car for example, while still allowing fast acceleration. The combination would also pave the way toward reducing overall cost of the battery as often batteries are over designed to compensate for their limitations.

“This funding allows us to investigate the fundamental science that governs the function of batteries,” said Takeuchi. “We aim to understand and then control the electron and ion transport within the batteries toward achieving the long elusive goal of combining high power and high energy content in one battery system.”

According to Parise, a SUNY Distinguished Professor in the Department of Geosciences in the College of Arts & Sciences at Stony Brook and a chemist in Brookhaven Lab’s Energy and Photon Sciences Directorate, the GENESIS Center develops a new paradigm, the GENESIS Center develops a new paradigm by integrating advanced in situ diagnostics and data science tools to interrogate, predict, and control the pathways that govern synthesis and lead to new materials. In the short-term, GENESIS will harness the power of modern radiation sources, such as NSLS-II, along with computing and data mining strategies, to map the pathways taken by solid state reactions. By populating this reaction space sufficiently, machine learning will enable researchers to design new materials and the most productive reaction pathways needed to realize them. Longer term GENESIS-developed AI tools will allow prediction of totally new synthesis routes for target materials.

“Despite our present sophisticated understanding of the chemistry and physics of solids, actually making a new solid state material often remains an intuition-guided, slow and iterative process. Ingredients are placed in a reactor, the ingredients are ‘cooked’ and then we ‘look’ at the products to see if they are what is required,” he explains. “This ‘cook-and-look’ process remains the mainstay of materials research and development and can take months to years. We need an improved approach to dramatically accelerate new materials synthesis. GENESIS, a next generation materials synthesis center, provides this new approach.”

“These two awards from the Department of Energy exemplify Stony Brook’s leadership role in energy research in service of our nation,” said Richard Reeder, PhD, Vice President for Research at Stony Brook. “These most recent successes underscore the importance of our investment in the Office of Proposal Development, led by Dr. Nina Maung, whose team supported the new proposal awarded to Professor Parise.”

The Center will focus on mesoscale transport properties in complex systems. The EFRC mission will be to acquire fundamental knowledge about the ion and electron transport to enable high power, high energy content battery systems.

The GENESIS Center develops a new paradigm for synthesis that accelerates the discovery of functional materials by integrating advanced in situ diagnostics and data science tools to interrogate, predict and control the pathways that govern synthesis and lead to new materials.


Project Description:
GENESIS pioneers new combinations of experimental and computational approaches to materials synthesis and discovery that will transform how we search for new functional materials. We resolve synthesis pathways experimentally to interrogate how the composition, structure, and heterogeneity of multi-component reactive system evolve following a free energy pathway. Developments of in-situ diagnostics for synthesis are leveraged to build a fundamental understanding of the interplay between synthesis conditions, reaction pathways, and material products over Å-to-mm length scales. The results for the basis for machine learning, ultimately enabling de novo prediction and adaptive control of synthesis routes.
Potential Impact of the Project:
Our ability to deliver breakthrough energy technologies is predicated on our ability to both identify and synthesize the new functional materials. Computational approaches can now identify a library of potential materials; however, synthesis and physical realization of these new predicted materials remains a critical limit. The GENESIS approach eliminates this bottleneck by exploiting advanced operando diagnostics coupled with data science tools and, thereby, accelerating the synthesis of new materials by 100-1000 times. The GENESIS effort is a critical complement to other DOE-programs. Specifically, the de novo prediction and adaptive control of synthesis routes will facilitate the realization of new materials identified within other DOE research programs, such as the EFRCs, that identify hypothetical materials through computational materials discovery, or materials that implement new design rules for higher capacity batteries and more selective catalysts. We will also produce a legacy of tools for science-based synthesis, including at DOE user facilities, so a broader community can control the synthesis of families of materials beyond those of specific interest to GENESIS.