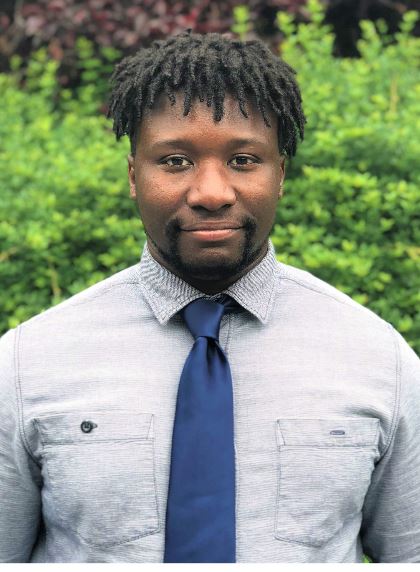 STONY BROOK, NY–June 20, 2018–Stony Brook University Postdoc in Pharmacology Lyl Tomlinson (‘17)  has been named an American Association of the Advancement of Science’ (AAAS) Science and Technology Policy Fellow (STPF)   The one-year fellowship will place him in the National Institutes of Health (NIH) Office of the Director, where he will contribute to NIH-wide strategic initiatives such as those funded through the agency’s Common Fund.

“For 45 years, AAAS policy fellows have been making an impact on American life through the federal government,” said Jennifer Pearl, STPF Director and Stony Brook alumna (’98). “Each fall we look forward to providing a career-enhancing experience to highly qualified scientists and engineers like Lyl.”

Lyl Tomlinson’s accomplishments at Stony Brook include his first prized win in the national science communication competition, FameLab, which he won early in his PhD training in Stony Brook’s Neuroscience program. While completing his doctoral research on the mental benefits of exercise, he served as his program’s senator for the Graduate Student Organization. He has gone on to advocate for the importance of science and science literacy through visits both to congressional offices with Stony Brook’s Office of Legislative Affairs and local high schools as part of the Alan Alda Center for Communicating Sciences’ Unplugged outreach program. He also founded a graduate student club focused on science policy and advocacy, called Scientists for Policy, Advocacy, Diplomacy and Education (SPADE) and organized a successful policy forum on an issue of strong local concern on Long Island — the opioid addiction epidemic. He also serves as the developer and co-coordinator of the PhD Works Professional Development Awards for Inclusion and Equity, a graduate student career development funding initiative.

A native of Brooklyn, NY, Tomlinson most recent titles are as a Post-Doctoral Researcher and Program Coordinator for the PhD Career Ladder Program at Stony Brook University, where he also earned his PhD in neuroscience. Prior to this, he also studied neurobiology at Downstate Medical Center where he was a National Eye Institute Research Supplement Recipient and earned his Bachelor’s degree in Psychology from Brooklyn College.