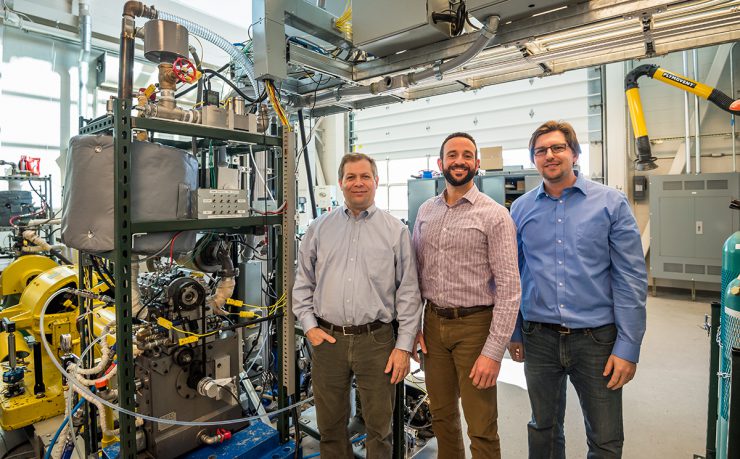 STONY BROOK, N.Y., May 10, 2018 – A team of researchers from the Department of Mechanical Engineering in the College of Engineering and Applied Sciences (CEAS) are developing hybrid engines unlike others used in industry today. Supported by a new two-year $2.3 million award from the Department of Energy’s Advanced Research Projects Agency-Energy (ARPA-E), the research involves developing and testing engines powered by internal combustion, such as gasoline or natural gas, and fuel cells.

The technology is designed to be both highly efficient and have lower emissions that current engines. They are developing the hybrid power system using a pressurized solid oxide fuel cell coupled to a novel, split-cylinder internal combustion engine design that runs on two cylinders.

The overall goal of testing the technology is to develop greener hybrid engine applications in both electricity generation and transportation.

The ARPA-E grant is for phase one of the research, which is supported by larger project totaling $8 million in funding.

For more information about the technology, award and the researchers, see this CEAS story.