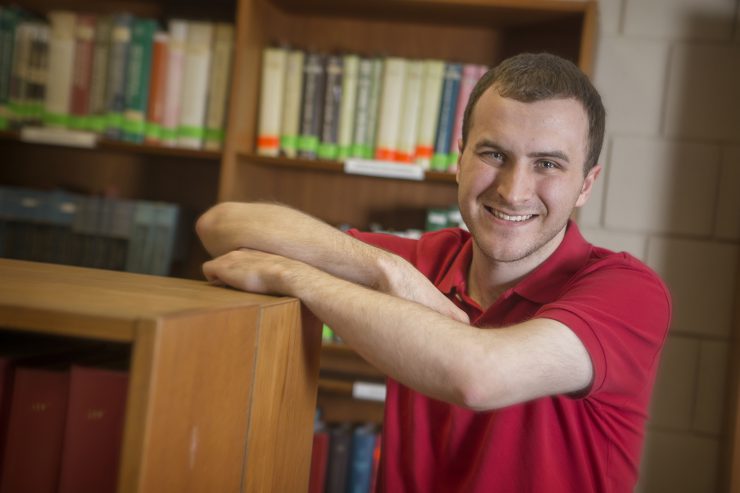 STONY BROOK, N.Y., May 7, 2018 –
Samuel Homiller, a PhD student in the Department of Physics and Astronomy in the College of Arts & Sciences at Stony Brook University is among a group of students selected nationally as a recipient of the U.S.  Department of Energy (DOE) Graduate Student Research (SCGSR) Program award. The award supports the research of graduate students in STEM fields with a $3,000 per month stipend and an opportunity to conduct part of their thesis-related research at DOE laboratories. Homiller’s award runs the duration of the 2018-19 academic year.

Homiller conducts theoretical and computational research in high energy physics within the C.N. Yang Institute for Theoretical Physics.  More specifically, his research project investigates measurements at CERN’s Large Hadron Collider in an effort to better understand the Higgs boson, and how it relates to the electroweak force, which is part of the standard model of particle physics.