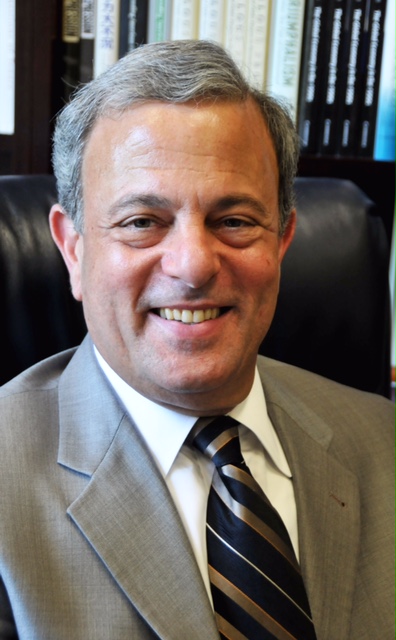 STONY BROOK, NY, August 23, 2016 —
Michael A. Bernstein, the John Christie Barr Professor of History and Economics and Provost of Tulane

Bernstein received his Ph.D (1982), M.Phil.(1980), M.A. (1978), and B.A. (1976) respectively in Economics, all at Yale University in New Haven, Connecticut. His teaching and research interests focus on the economic and political history of the United States, macroeconomic theory, industrial organization economics, and the history of economic theory. Bernstein succeeds Dennis N. Assanis, who left Stony Brook on June 30 to become President of the University of Delaware.

“I’m very excited that Dr. Bernstein has decided to join Stony Brook University,” said President Stanley. “Under Dr. Bernstein’s leadership as Provost at Tulane both the STEM disciplines and the liberal arts flourished, benefiting from his keen ability to understand and help meet the distinct needs of the whole research university. His experience at Tulane, and in his leadership positions at UCSD, including chair of the faculty senate — among his many other accomplishments — lends a unique and diverse perspective, and I am looking forward to his contributions and leadership.”

As the chief academic officer, the Stony Brook University Provost is responsible for oversight of the academic mission of west campus, providing direct supervision for all academic units, support services and operations, and coordinating all academic programs. The deans and directors of the colleges, schools, libraries, centers and institutes, other than those in the Health Sciences Center, report to the Provost. The Provost works closely with the Senior Vice President of the Health Sciences Center/Dean of the Medical School and the Vice President for Research with regard to academic and research issues that concern the University as a whole.

“Dr. Michael Bernstein is a person of high character and integrity with an outstanding record as a scholar and academic leader in distinguished public and private universities,” said Scott Cowen, President Emeritus and Distinguished University Professor Tulane University who served as Tulane’s 14th president from July 1998 through June 2014. “He is one of the finest people I have ever known who will bring to Stony Brook extensive experience and a deep commitment to collaboration, diversity and academic excellence.”

“I had the pleasure of serving under Michael for the past nine years at Tulane,” said Nicholas Altiero, Senior Vice President for Academic Affairs and Provost (interim) and Dean of Science and Engineering at Tulane University. “He views the Provost-Dean relationship as a partnership, always focusing on how something can be accomplished rather than why it cannot.  I know that he will be successful at Stony Brook and I wish him the very best.”

Prior to his tenure as the Chief Academic Officer at Tulane, Bernstein was at the University of California at San Diego (UCSD) for two decades, where he served as the Dean of Arts and Humanities and as a Professor of History, a department he Chaired for six years. He also served as Chair of the Academic Senate of his home campus while at UCSD, and participated in the work of the UCSD Chancellor’s Diversity Council, the Advisory Board of the UCSD Women’s Center, the Advisory Committee of the UCSD Office of Sexual Harassment Prevention and Policy, and of the Chancellor’s Committee on the Status of Women.

Professor Michael Bernstein’s teaching and research interests focus on the economic and political history of the United States, macroeconomic theory, industrial organization economics, and the history of economic theory.

His publications explore the connections between political and economic processes in modern industrial societies, as well as the interaction of economic knowledge and professional expertise with those processes as a whole. Along with numerous articles and anthology chapters, Bernstein has published four volumes: The Great Depression: Delayed Recovery and Economic Change in America, 1929-1939 (Cambridge University Press, 1987); Understanding American Economic Decline [co-edited with David Adler] (Cambridge University Press, 1994); The Cold War and Expert Knowledge: New Essays on the History of the National Security State [co-edited with Allen Hunter] (a special issue of the Radical History Review 63 (Fall, 1995); and A Perilous Progress: Economists and Public Purpose in Twentieth Century America (Princeton University Press, 2001).