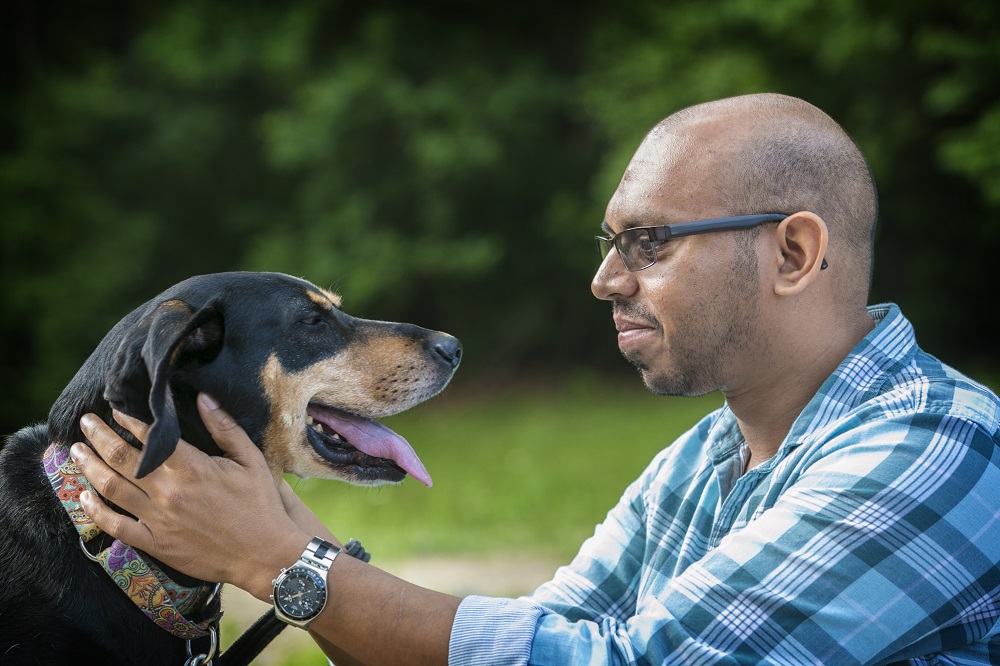 
STONY BROOK, N.Y., July 18, 2017 – By analyzing the DNA of two prehistoric dogs from Germany, an international research team led by Krishna R. Veeramah, PhD, Assistant Professor of Ecology & Evolution in the College of Arts & Sciences at Stony Brook University, has determined that their genomes were the probable ancestors of modern European dogs. The finding, to be published in Nature Communications, suggests a single domestication event of modern dogs from a population of gray wolves that occurred between 20,000 and 40,000 years ago.

“We also reanalyzed the ancient Irish dog genome alongside our German dog genomes and believe we found a number of technical errors in the previous analysis that likely led those scientists to incorrectly make the conclusion of a dual domestication event,” added Veeramah.

Overall, he emphasized, their new genomic analysis of ancient dogs will help scientists better understand the process of dog evolution, even if the exact geographic origin of domestication remains a mystery. He expects further sequencing of the ancient genomes from Eurasia will help to eventually solve the issue.

The study and findings are a collaboration between scientists at Stony Brook University; the University of Michigan, Johannes Gutenberg-University, Germany; University of Bamberg, Germany; Trinity College, Ireland; and the Department of Monumental Heritage in Germany.

The research was supported in part by the National Institutes of Health.