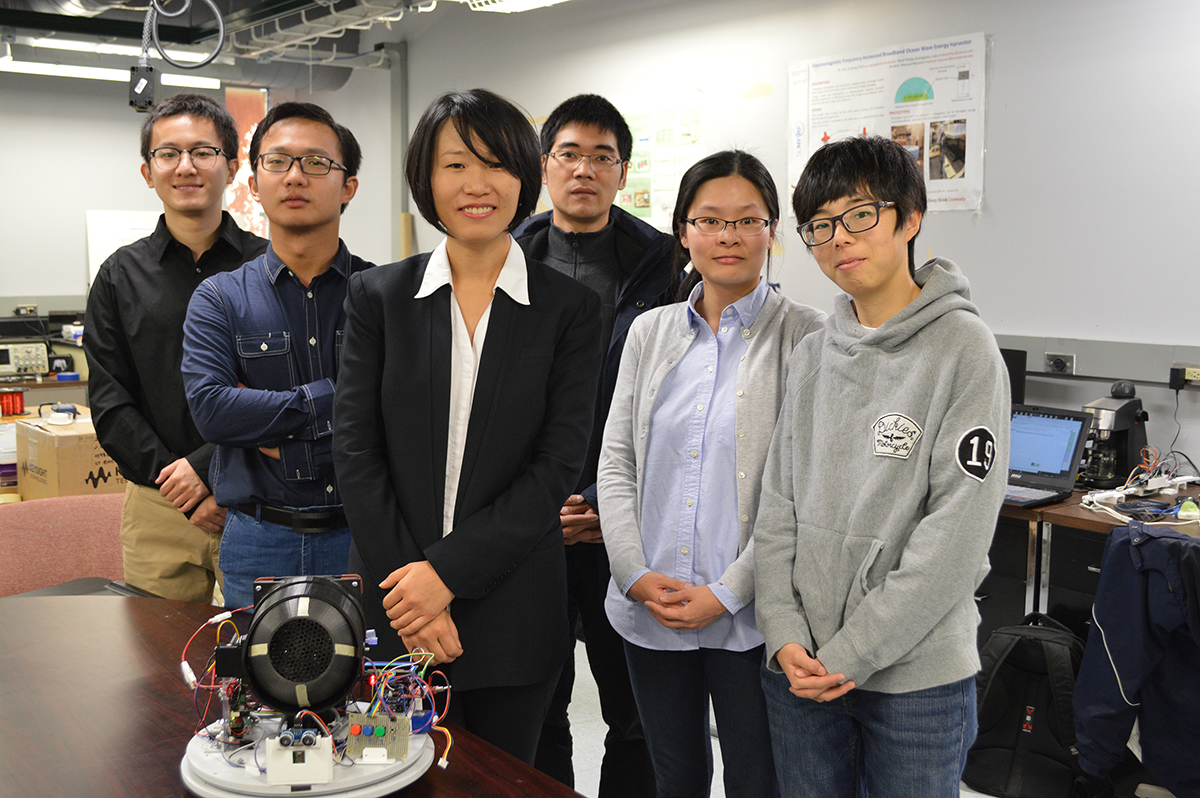 
– Photoelectric infrared (PIR) sensors are the current choice for occupancy presence detection in buildings. The sensors are used for smart thermostats to control heating and cooling based on occupancy. A major problem is that these PIR sensors only detect individuals who are moving. A Stony Brook University research team is developing a new type of PIR sensor that is equipped with an electronic shutter and other technologies that enable fast and accurate occupancy detection including individuals who are stationary.

The research is led by Ya Wang in the Department of Mechanical Engineering in the College of Engineering and Applied Sciences. It is supported by three-year $1 million grant – effective beginning in March 2018 – from the U.S. Department of Energy’s Advanced Research Projects Agency-Energy (ARPA-E). The new PIR sensor device is called SLEEPIR: Synchronized Low-Energy Electronically-Chopped Passive-InfraRed PIR Sensor for Occupancy Detection.

Professor Wang projects that this SLEEPIR sensor has the potential to reduce energy use in residential buildings by up to 30 percent. According to Wang, the non-mechanical oscillating technique is combined with an advanced machine learning algorithm that results in an “optical chopper” that temporarily interrupts the flow of heat to the sensor enabling the device to detect both stationary and moving individuals. She said that her research team will evaluate several approaches for the chopper, such as low-power liquid crystal technology with no moving parts.

They will also apply new signal processing techniques and machine learning to the infrared data, which has potential to define differences between people and pets and potentially between individual’s sleep and more active states.

For more information see this story.