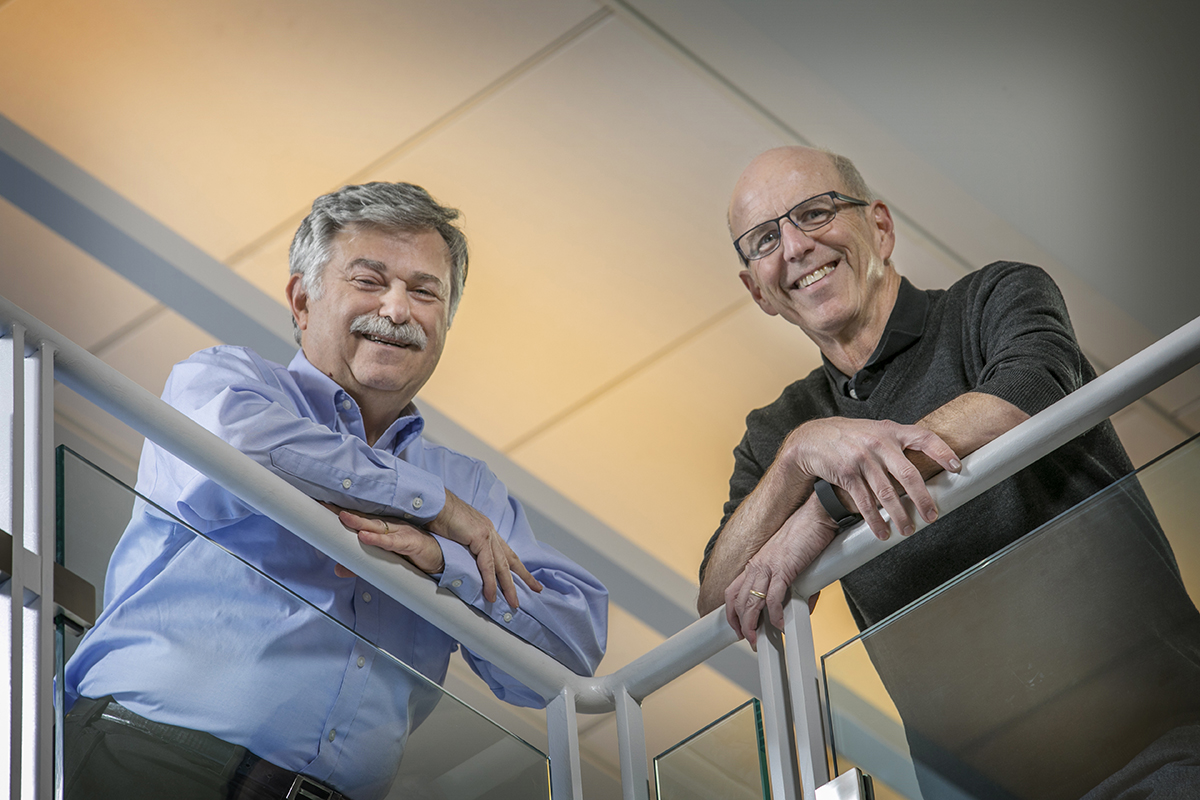 Professor Kaufman is well known internationally for developing 3D virtual colonoscopy, a licensed an FDA-approved colon cancer screening technology.He is also the chief architect of the Reality Deck, a visualization facility at Stony Brook that interprets big data in many fields. Professor Rubin, founding chair of Stony Brook’s Department of Biomedical Engineering, pioneered research in understanding the role of mechanical signals in the musculoskeletal system and has patented technology that includes use of low frequency mechanical signals (vibrations) to combat disease like osteoporosis and obesity.

For more information about the 2017 Class of NAI Fellows, see this news.

Arie Kaufman is a Distinguished Professor of Computer Science, who served as Chair of the Department from 1999 to 2017, providing the visionary, inspirational and steadfast leadership that elevated the department to national prominence.  He succeeded in attracting internationally renowned faculty, doubling the size of the computer science faculty over his 18-year tenure.  Among many other highly impactful and lasting contributions, Arie was the driving force behind the construction of the state-of-the-art, 70,000 square-foot computer science facility that opened in 2015.  In addition to being a very successful administrator, Arie is a world-class researcher, prolific inventor and a gifted educator.  Relevant to his induction as an NAI Fellow, He is most well-known for developing 3D virtual colonoscopy, a colon cancer-screening technique that has been licensed, FDA approved and commercialized; and the Reality Deck, the largest resolution immersive visualization facility, enabling visual analytics of big data.  Arie also serves as Distinguished Professor of Radiology, Chief Scientist of the Center of Excellence for Wireless and Information Technology (CEWIT), and Director of the Center for Visual Computing.

Clinton Rubin is a distinguished professor of Biomedical Engineering, who served as founding chair of the Department from 2000 to 2017 and is credited with building the department into the well-established, thriving department it is today.  In addition to a joint appointment with the Stony Brook School of Medicine, he also serves as the Director of the successful Center for Biotechnology, which focuses on commercialization of biomedical innovations, fostering of company formation, and acceleration of bioscience industry growth in the region.   Among his long and distinguished list of contributions to stony brook, Clint secured funding for the bioengineering building and oversaw its construction and completion in 2010.  Among his many impressive research breakthroughs, Clint performed pioneering work in understanding the role of mechanical signals in defining the musculoskeletal system, and then used these signals to treat injury and diseases such as osteoporosis and obesity.   His world-renowned and ground-breaking contributions to the field are reflected by a long list of awards and funding sources. Clint also has an exceptional record as an entrepreneur, securing approximately 17 issued U.S. patents, 14 patent applications, and 38 foreign patents, and founding a number of successful biomedical-centric companies.