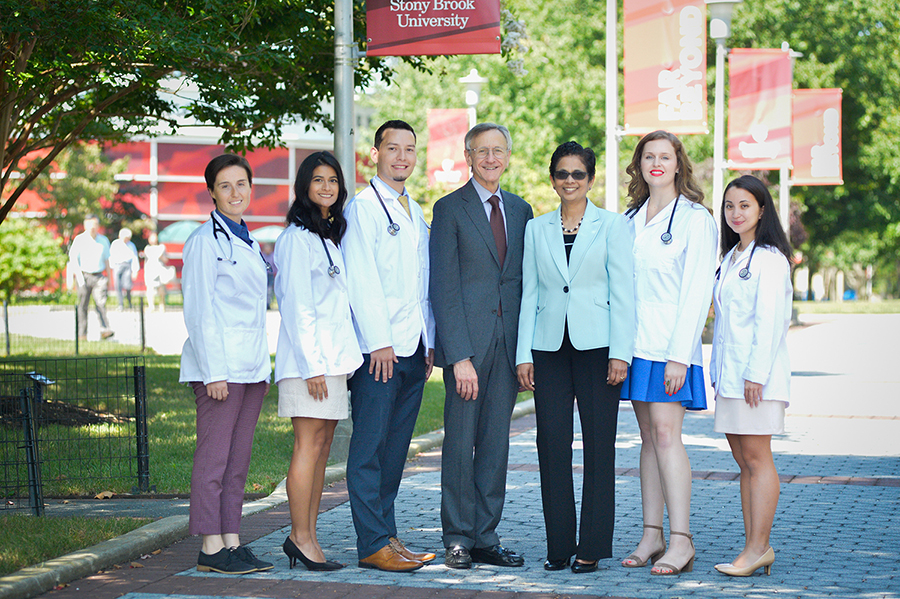 Future physicians took the Hippocratic Oath and donned physician-in-training white coats for the first time at Stony Brook University’s traditional White Coat Ceremony, the 20th annual event held on August 13 at the Student Activities Center. The incoming class of 136 students is the largest in the school’s history. The Class of 2021 is a diverse group with varied backgrounds ranging from Long island natives to international students.

While more than one-third of the students are from Long Island, many come from all areas of New York State and from regions around the country and word. They represent 71 undergraduate schools, have a collective undergraduate grade point average of 3.75, and an average national MCAT score in the 88th percentile. Only eight percent of the total 2017 applicants were accepted to Stony Brook. For more statistical information about the Class, see this infographic.

“This is an inspiring day for all of you, as you enter a profession that is a privilege, makes a tremendous impact in the lives of your patients and their families, requires life-long learning, and is a team sport,” said Kenneth Kaushansky, MD, MACP, Senior Vice President for the Health Sciences and Dean of the School of Medicine, as he welcomed the incoming class. “As you wear your white coats remember that from this day forward the coat is a symbol of professionalism, scientific excellence, and compassionate care.”

Among the new students are Long Island natives Christine Pando from Garden City, originally a music educator before she found a new path in medicine; and Jacquelyn Nakamura, from Huntington, a political science major at Yale who completed her medical prerequisite studies from New York University. The Class also includes a married couple – the first time a married couple was accepted to the school in the same year. Jheison Giraldo and Monica Giraldo were both born in Columbia but met at Stony Brook as undergraduate students who majored in Biochemistry. Another student, Courtney McPhee, majored in Pharmacology and Toxicology at SUNY Buffalo and then lived in Uganda as a Peace Corps volunteer for two years. She has a sibling in her fourth year at Stony Brook University School of Medicine.

Jack Fuhrer, MD, Associate Dean for Admissions, and Latha Chandran, MD, MPH, Vice Dean, Academic and Faculty Affairs, presented each student with a physician-in-training white coat.  Dean Kaushansky administered the Hippocratic Oath at the end of the official ceremony for the students. Jorge Puente, MD, Class of 1982, was presented with the 2017 Distinguished Alumni Award and honored for his career as a both a public health physician and advocate and a successful pharmaceutical executive. 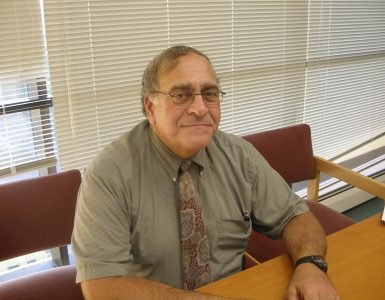 STONY BROOK, N.Y., March 6, 2019–The news this week about a patient being cured of HIV infection is a hopeful one, yet this news should be met with caution. It also requires an explanation when it comes to...