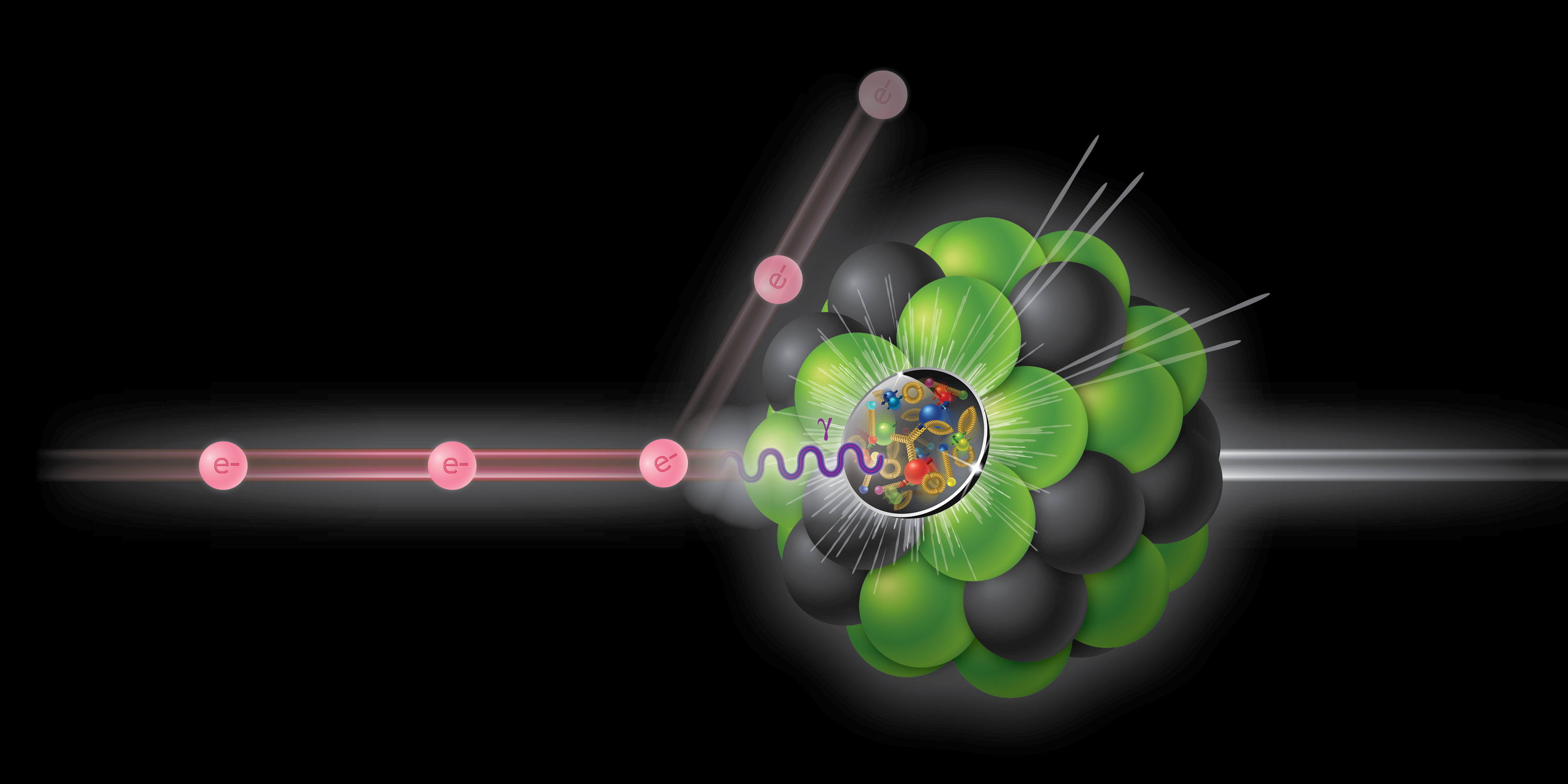 SBU and BNL Launch the Center for Frontiers in Nuclear Science

STONY BROOK, NY – Aug. 22, 2017 – Science can explain only a small portion of the matter that makes up the universe, from the earth we walk on to the stars we see at night. Stony Brook University and the U.S. Department of Energy’s (DOE) Brookhaven National Laboratory (BNL) have established the Center for Frontiers of Nuclear Science to help scientists better understand the building blocks of visible matter. The new Center will push the frontiers of knowledge about quarks, gluons and their interactions that form protons, neutrons, and ultimately 99.9 percent of the mass of atoms – the bulk of the visible universe.

“The Center for Frontiers in Nuclear Science will bring us closer to understanding our universe in ways in which it has never before been possible,” said Samuel L. Stanley Jr., MD, President of Stony Brook University. “Thanks to the vision of the Simons Foundation, scientists from Stony Brook, Brookhaven Laboratory and many other institutions are now empowered to pursue the big ideas that will lead to new knowledge about the structure of the building blocks of everything in the universe today.”

Bolstered by a new $5 million grant from the Simons Foundation and augmented by $3 million in research grants received by Stony Brook University, the Center will be a research and education hub to ultimately help scientists unravel more secrets of the universe’s strongest and least-understood force to advance both fundamental science and applications that transform our lives.

Jim Simons, PhD, Chairman of the Simons Foundation said, “Nuclear physics is a deep and important discipline, casting light on many poorly understood facets of matter in our universe. It is a pleasure to support research in this area conducted by members of the outstanding team to be assembled by Brookhaven Lab and Stony Brook University.  We much look forward to the results of this effort.”

“Basic science research seeks to improve our understanding of the world around us, and it can take human understanding to wonderful and unexpected places,” said Marilyn Simons, President of the Simons Foundation. “Exploring the qualities and behaviors of fundamental particles seems likely to do just that.”

The Center brings together current Stony Brook faculty and BNL staff, and scientists around the world with students and new scientific talent to investigate the structure of nucleons and nuclei at a fundamental level. Despite the importance of nucleons in all visible matter, scientists know less about their internal structure and dynamics than about any other component of visible matter. Over the next several decades, the Center is slated to become a leading international intellectual hub for quantum chromodynamics (QCD), a branch of physics that describes the properties of nucleons, starting from the interactions of the quarks and gluons inside them.

As part of the Center’s mission as a destination of research, collaboration and education for international scientists and students, workshops and seminars are planned for scientists to discuss and investigate theoretical concepts and promote experimental measurements to advance QCD-based nuclear science. The Center will support graduate education in nuclear science and conduct visitor programs to support and promote the Center’s role as an international research hub for physics related to a proposed Electron Ion Collider.

One of the central aspects of the Center’s focus during its first few years will be activities on the science of a proposed Electron Ion Collider (EIC), a powerful new particle accelerator that would create rapid-fire, high-resolution “snapshots” of quarks and gluons contained in nucleons and complex nuclei. An EIC would enable scientists to see deep inside these objects and explore the still mysterious structures and interactions of quarks and gluons, opening up a new frontier in nuclear physics.

“The role of quarks and gluons in determining the properties of protons and neutrons remains one of the greatest unsolved mysteries in physics,” said Doon Gibbs, Ph.D., Brookhaven Lab Director. “An Electron Ion Collider would reveal the internal structure of these atomic building blocks, a key part of the quest to understand the matter we’re made of.”

Building an EIC and its research program in the United States would strengthen and expand U.S. leadership in nuclear physics and stimulate economic benefits well into the 2040s. In 2015, the DOE and the National Science Foundation’s Nuclear Science Advisory Committee recommended an EIC as the highest priority for new facility construction. Similar to explorations of fundamental particles and forces that have driven our nation’s scientific, technological, and economic progress for the past century — from the discovery of electrons that power our sophisticated computing and communications devices to our understanding of the cosmos — groundbreaking nuclear science research at an EIC will spark new innovations and technological advances.

Stony Brook and BNL have internationally renowned programs in nuclear physics that focus on understanding QCD. Stony Brook’s nuclear physics group has recently expanded its expertise by adding faculty in areas such as electron scattering and neutrino science. BNL operates the Relativistic Heavy Ion Collider, a DOE Office of Science User Facility and the world’s most versatile particle collide. RHIC has pioneered the study of quark-gluon matter at high temperatures and densities—known as quark-gluon plasma— and is exploring the limits of normal nuclear matter. Together, these cover a major part of the course charted by the U.S. nuclear science community in its 2015 Long Range Plan.

Abhay Deshpande, PhD, Professor of experimental nuclear physics in the Department of Physics and Astronomy in the College of Arts and Sciences at Stony Brook University, has been named Director of the Center. Professor Deshpande has promoted an EIC for more than two decades and helped create a ~700 member global scientific community (the EIC Users Group, EICUG) interested in pursuing the science of an EIC. In the fall of 2016, he was elected as the first Chair of its Steering Committee, effectively serving as its spokesperson, a position from which he has stepped down to direct the new Center. Concurrently with his position as Center Director, Dr. Deshpande also serves as Director of EIC Science at Brookhaven Lab.

Scientists at the Center, working with EICUG, will have a specific focus on QCD inside the nucleon and how it shapes fundamental nucleon properties, such as spin and mass; the role of high-density many-body QCD and gluons in nuclei; the quark-gluon plasma at the high temperature frontier; and the connections of QCD to weak interactions and nuclear astrophysics. Longer term, the Center’s programmatic focus is expected to reflect the evolution of nuclear science priorities in the United States.

One of ten national laboratories overseen and primarily funded by the Office of Science of the U.S. Department of Energy (DOE), Brookhaven National Laboratory conducts research in the physical, biological, and environmental sciences, as well as in energy technologies and national security. Brookhaven Lab also builds and operates major scientific facilities available to university, industry and government researchers. Brookhaven is operated and managed for DOE’s Office of Science by Brookhaven Science Associates, a limited-liability company founded by the Research Foundation for the State University of New York on behalf of Stony Brook University, the largest academic user of Laboratory facilities, and Battelle, a nonprofit applied science and technology organization.