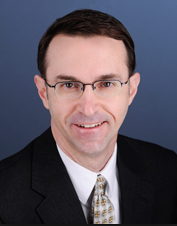 “We welcome Paul Kelton to the faculty in the Department of History, and are appreciative of the generous support from the Robert David Lion Gardiner Foundation,” said Stony Brook University President Samuel L. Stanley Jr., MD. “Through his expertise, Professor Kelton will engage with and empower students as they learn about and explore the fascinating history of Long Island and its diverse culture.”

Kelton, a leading scholar of Indigenous North American and Colonial American history, is the author of numerous published works that have made important revisions to our understanding of the biological processes involved in the European takeover of the Americas. He continues his in-depth research on Indigenous experiences with European-introduced diseases and has ongoing projects detailing the contours of Native death and survival during the Seven Years War in North America, the American Revolution, and Indian Removal.

“It is quite an honor to be the inaugural Robert David Lion Gardiner Chair in American History, and I am thrilled to be joining the outstanding faculty of the Department of History at Stony Brook University,” said Professor Kelton. “Long Island is an exciting place to be a historian, and I look forward to working with my new colleagues and the Gardiner Foundation to support local historical organizations, libraries, museums, and other valuable cultural institutions.  I deeply appreciate Stony Brook University and the Gardiner Foundation for this opportunity of a lifetime.”

The mission of the Robert David Lion Gardiner Foundation is primarily to support the study of New York State history, with emphasis on Suffolk County. Since its establishment in 1987, the Foundation has garnered an extraordinary record of support for Long Island’s historical, educational and cultural institutions.

“The Robert David Lion Gardiner Foundation Board of Trustees is delighted at the selection of Dr. Paul Kelton as the first Gardiner History Chair at Stony Brook University,” added Kathryn M. Curran, the Foundation’s executive director. “We are confident that his research will inspire and expand the study of Long Island’s rich past and its role in the American experience.”

The Gardiner chair is designed as a lasting testimony to the significant contributions made by the Gardiner family and Foundation to promote the study, preservation and celebration of Long Island history.

“We too are pleased to have Paul Kelton join the Stony Brook community as the inaugural Robert David Lion Gardiner Chair in American History,” said said Michael Bernstein, Stony Brook University Provost and Senior Vice President for Academic Affairs. “Paul’s expertise will lead to the formation of critical new insights into our local history. We congratulate Paul as he takes up this new position and celebrate Stony Brook’s partnership with the Robert David Lion Gardiner Foundation.”

Professor Kelton is the author of several articles, two books, and has co-edited Beyond Germs: Native Depopulation in North America​ (Arizona 2015), named a Choice Outstanding Academic Title for 2016.  He has won grants and fellowships awarded by the American Philosophical Societies, the Hall Center for the Humanities, and the William Clements Library.

“I am very appreciative that we are developing this partnership with the Robert David Lion Gardiner Foundation, an organization that is so valuable to the preservation of the history and serving the people of Suffolk County,” says Sacha Kopp, dean of the College of Arts and Sciences.  “We wholeheartedly welcome Professor Kelton to the College.”

A native of Chelsea, OK, Professor Kelton received his bachelor’s degree in history from the University of Tulsa, and both his MA and PhD in history from the University of Oklahoma.  He held an appointment at Southern Connecticut State University before joining the Department of History at the University of Kansas in 2001 as an assistant professor. There, Professor Kelton rose to the rank of full professor and served as department chair and Associate Dean for the Humanities.  He is married to Stephanie Kelton, who also joins Stony Brook University this fall as a professor in the forthcoming Center for the Study of Inequality and Social Justice. The Keltons have three children.

“Stony Brook University’s Department of History is absolutely thrilled that Paul Kelton will hold the new Gardiner Chair,” said Paul Gootenberg, chair of the Department of History. “Professor Kelton is a pioneer in combining the sophisticated and growing scholarship of two fields, that of the history of medicine and Native American history. He exemplifies what we as a department strive for: histories that connect and matter.”