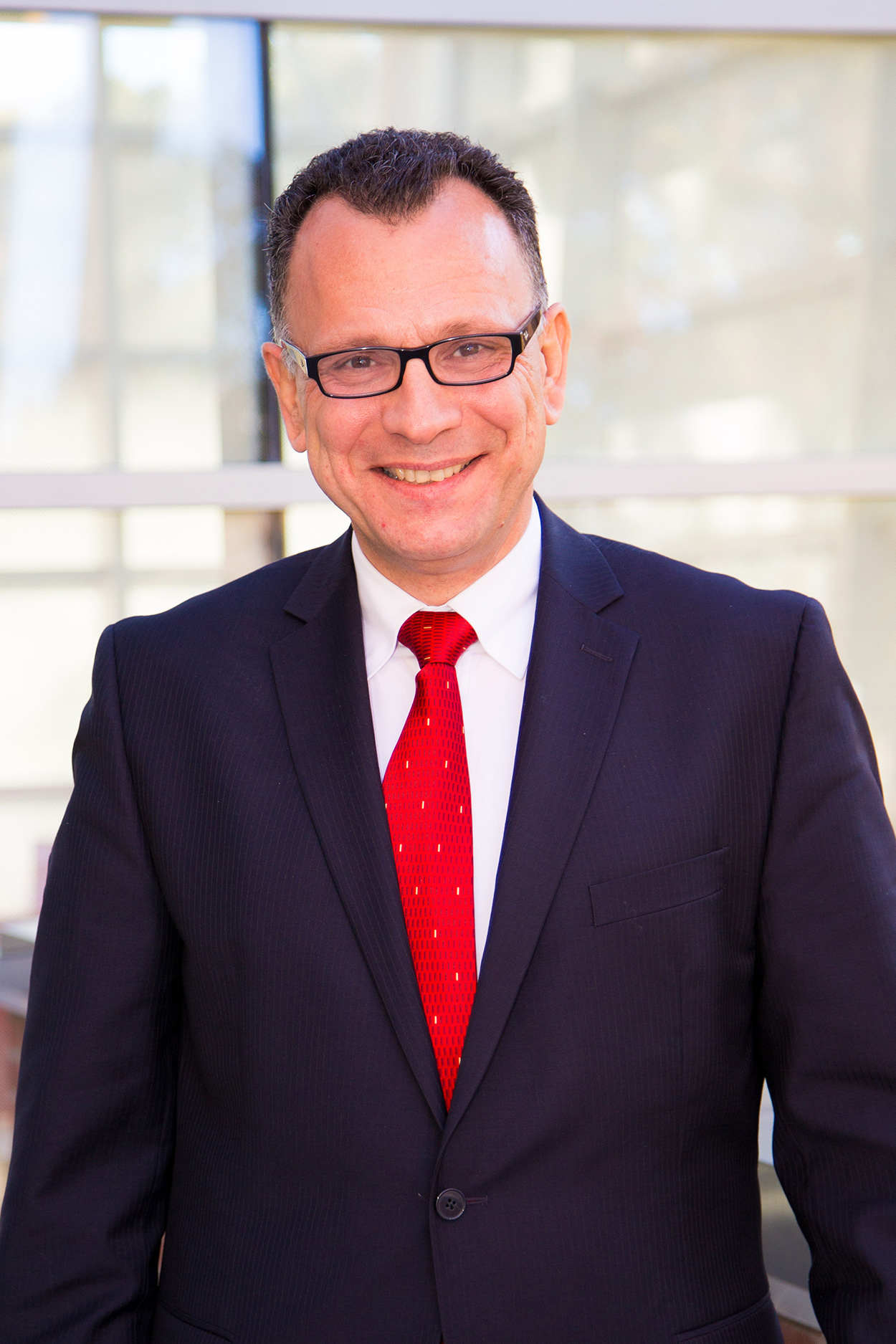 Stony Brook, N.Y., May 15, 2017 – Stony Brook University’s Fotis Sotiropoulos, PhD, Dean of the College of Engineering and Applied Sciences, has been selected by the American Society of Civil Engineers’ (ASCE) Environmental and Water Resource Institute (EWRI) to receive the 2017 Hunter Rouse Hydraulic Engineering Award. The annual award recognizes an individual who has made outstanding contributions to hydraulics and waterways. The award will be announced at the Hydraulic Measurements & Experimental Methods Conference in Durham, New Hampshire, held July 9-12.

The award acknowledges Sotiropoulos’ leadership in waterways research and application, and for generating a quantum leap forward in the development and application of computational fluid dynamics for waterways.

“Dr. Sotiropoulos’s groundbreaking research in hydraulics has set the standard for how people will treat modeling of riverine flows for decades to come,” said Brian Parsons, Director at ASCE-EWRI. “He dramatically raised the bar for what pioneering research in hydraulic engineering should look like, and his insights can help solve real world problems.”

At Stony Brook University, Dr. Sotiropoulos, together with faculty and students, are researching offshore wind and tidal energy resources. Working with Verdant Power Inc., which develops marine and hydrokinetic technologies, they aim to create the first grid-connected, tidal-energy research project in New York City’s East River. Turbines will be installed at the river-bottom to harvest the tidal energy and produce electricity to power Manhattan. The plan is to have a commercial-scale turbine array deployed in the river by 2020.

“Fotis Sotiropoulos exemplifies what it means to be a leader in academia,” said Samuel L. Stanley Jr., MD, President of Stony Brook University. “His insight into hydraulics and its real-world impact on our environment and economy, combined with his role as dean and educator, will help train the next generation of innovative engineers investigating this crucial issue.”

Sotiropoulos’ research focuses on simulation-based engineering science for fluid mechanics problems in renewable energy, river hydraulics, geophysical, and biological applications. Funded by the National Science Foundation, the Department of Energy, the National Institutes of Health, National laboratories, private industry, and other state and federal agencies, Sotiropoulos has raised more than $34M for research and research facility development and renovation over the past 10 years.

“We are immensely proud of Fotis Sotiropoulos for receiving the Hunter Rouse Hydraulic Engineering Award, a much-deserved recognition for his extraordinary accomplishments in his field,” said Michael A. Bernstein, Provost and Senior Vice President for Academic Affairs “Fotis’ cutting-edge work sets a high standard for research at Stony Brook University. Congratulations to Fotis on this tremendous national honor.”

A Fellow of the American Physical Society (APS). Dr. Sotiropoulos has authored over 170 peer reviewed journal papers and book chapters.

Established in 1979, the Hunter Rouse Hydraulic Engineering Award and lectureship is endowed by the EWRI through personal contribution of engineers and engineering firms in honor of Hunter Rouse, Hon. MASCE.