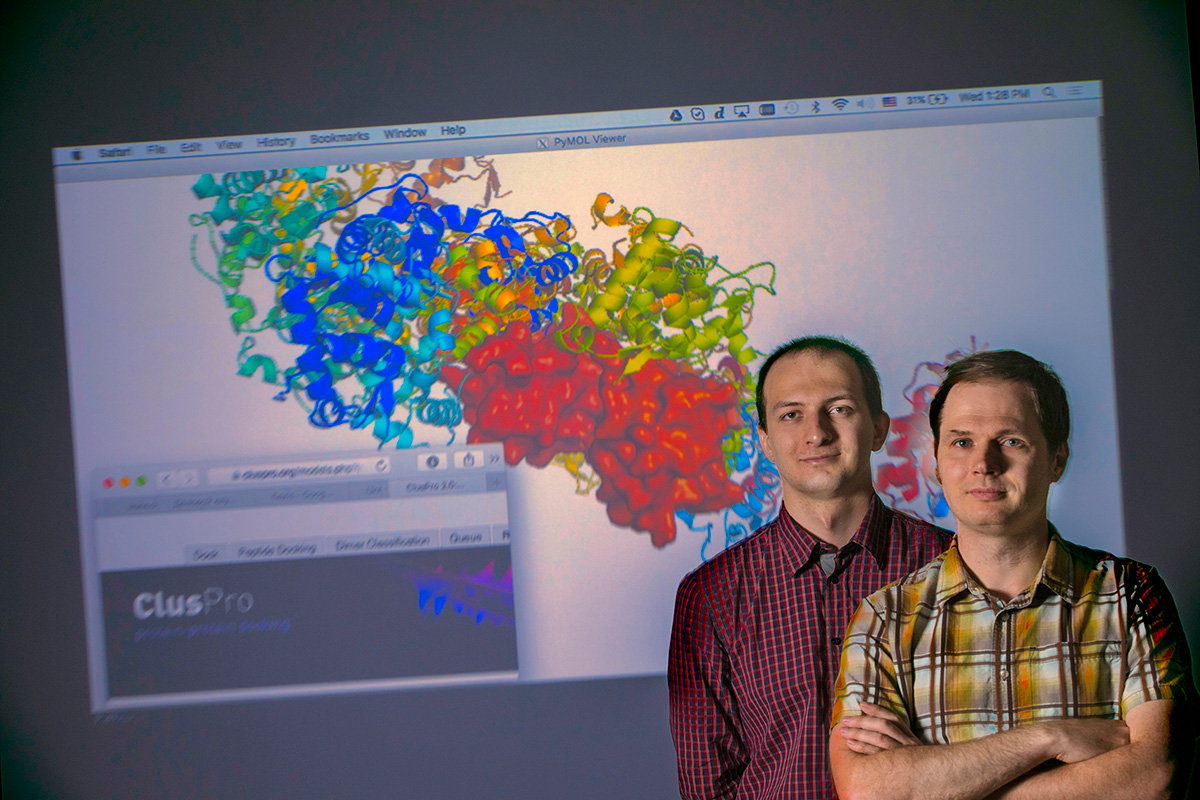 Stony Brook, NY, April 4, 2017 – Proteins are the most abundant substance in living cells aside from water, and their interactions with cellular functions are crucial to healthy life. When proteins fall short of their intended function or interact in an unusual way, these disruptions often lead to disease development. By modeling the structure of  protein interactions – a process that has been complicated for researchers for years – scientists gain important insight to many diseases.  Stony Brook University-led research team through the Laufer Center for Physical and Quantitative Biology has created a user-friendly automated computer server that calculates complex computations of modeling protein interactions with a handful of clicks from a home computer. The resource, available to researchers around the world, is detailed in a paper published in Nature Protocols.

Lead author Dima Kozakov, PhD, Assistant Professor in the Department of Applied Mathematics and Statistics in the College of Engineering and Applied Sciences, and an affiliate faculty member of the Laufer Center and the Institute for Advanced Computational Science at Stony Brook University, says that determining the structure of the protein  interactions is no simple task. Additionally, defining the 3D atomic structure of protein complexes is crucial, as this helps scientists determine molecular mechanisms of many  diseases.

“Obtaining 3D structures of such complexes is not a trivial matter, as proteins typically have sizes much smaller than the wavelength of visible light  and thus cannot be seen in a microscope,” explains Dr. Kozakov. “Traditionally, protein complex structures were obtained using expensive and time-consuming experimental techniques such as X-ray crystallography. While these techniques worked relatively well for finding the structures of individual proteins, the delicate, short-lived protein complexes pose a much more difficult problem.”

For the last decade, Dr. Kozakov and his collaborators have developed  unique protein docking algorithms, which  originally existed only as highly sophisticated computational programs, and only trained scientists and programmers specializing in protein modeling could perform the calculations.

ClusPro allows its users to model not only protein-protein complexes, but also interactions of proteins with other types of molecules. For instance, it can be used to predict how proteins bind to nucleic acids – such as RNA, or heparins – sugar-like molecules that are widely used as blood thinner medications.

Approximately 18,000 researchers worldwide have now used ClusPro, which has consistently provided the most accurate results among automated protein docking servers in an international competition called CAPRI. The design of the server is not only for professional scientific use. The simplicity of usage enables educators and students to use ClusPro, such as for high-school and college courses.