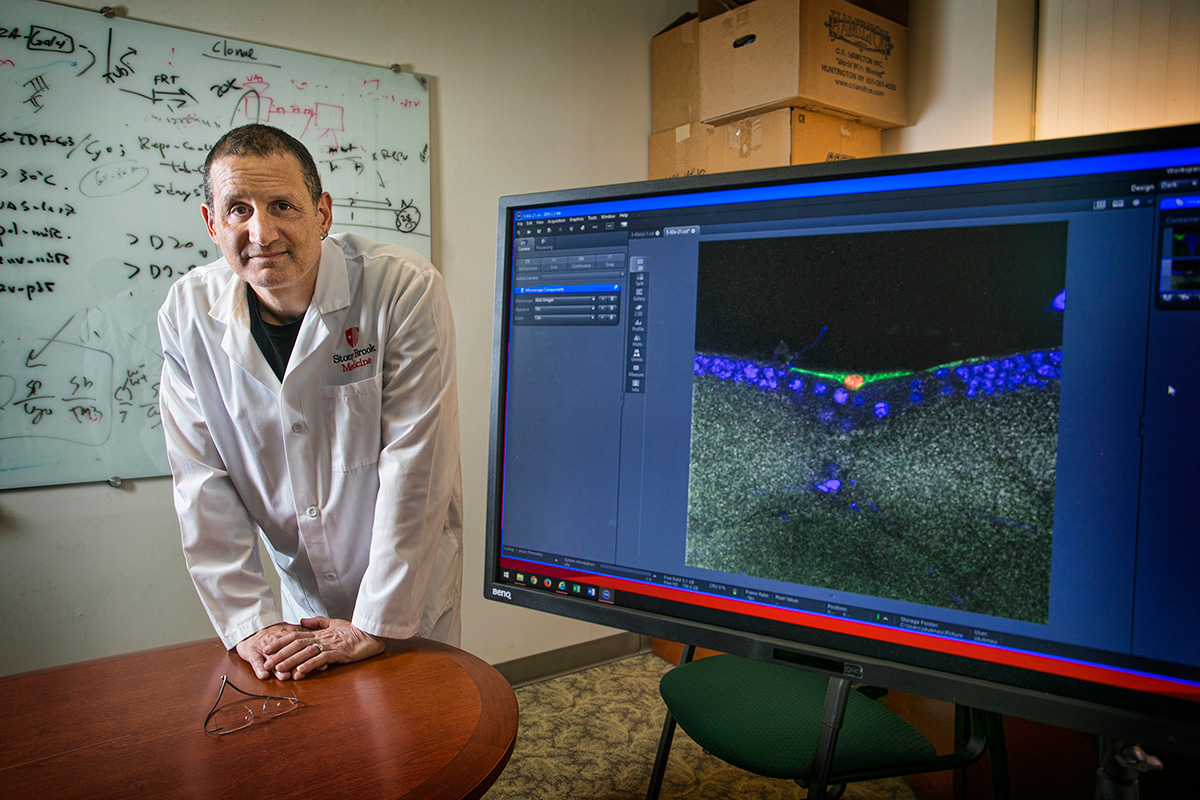 Stony Brook, NY – March 24, 2017 – By inserting an amyotrophic lateral sclerosis (ALS)-linked human gene called TDP-43 into fruit flies, researchers at Stony Brook University and Cold Spring Harbor Laboratory discovered a potential role for ‘transposons’ in the disease.  Transposons, which are also called ‘jumping genes’ because they jump from place to place within DNA, are virus-like entities that fill most of the spaces between genes in an organism. The new research demonstrates that these transposons are no longer effectively inhibited, resulting in a storm of jumping genes, leading to DNA damage accumulation and cell death. The research, published in the current issue of PLOS Genetics, may be a clue to the genetic processes of ALS and the idea that anti-transposon systems may collapse in individuals with ALS.