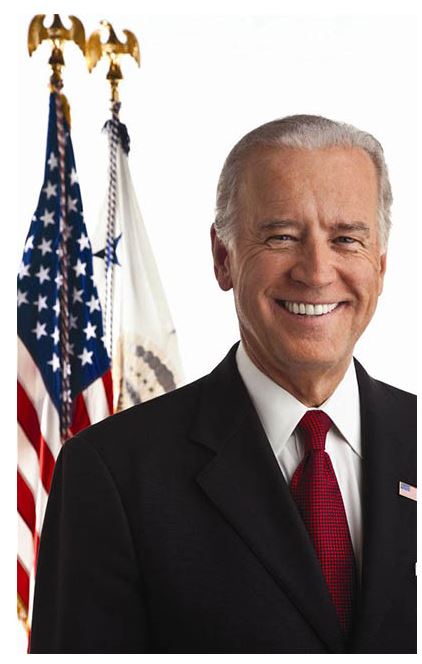 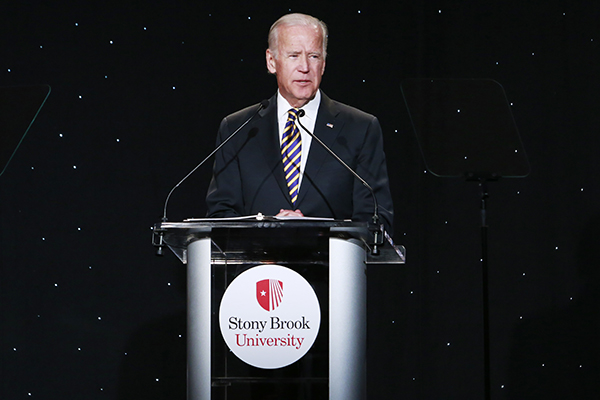 on Wednesday, April 19 at Pier Sixty at Chelsea Piers at 6:30 PM/ET in New York City. Vice President Biden is being recognized for his outstanding career and dedication to the fight against cancer.

“Vice President Biden’s determination to accelerate advances in cancer research is a beacon of hope to tens of millions across the country who are suffering from the disease,” said Richard L. Gelfond, Chair of the Board of Trustees, CEO of IMAX Corporation and Gala Co-Chair. “We look forward to recognizing his leadership as we celebrate our remarkable students and Stony Brook Cancer Center at this year’s Gala.”


“Cancer touches us all in some way and at some point,” said Vice President Biden. “Everywhere I go, people share their stories of heartbreak and hope. And every day, I’m reminded that our work to end cancer as we know it is bigger than just a single person. It carries the hopes and dreams of millions of people who are praying that we succeed, praying for hope, praying for time – not someday, but now.”

Joe Biden has devoted his life to public service and the greater good. As Vice President he led the White House Cancer Moonshot, with the mission to double the rate of progress in preventing and fighting the disease. Under his leadership, the
White House Cancer Moonshot Task Force
catalyzed novel, innovative and impactful collaborations among twenty government agencies, departments and White House offices and over seventy private sector collaborations designed to achieve a decades’ worth of progress in the prevention, diagnosis and treatment of cancer in just five  years. In addition, he helped lead the effort to pass the 21st Century Cures Act that provides $1.8 billion over seven years for the Cancer Moonshot’s scientific priorities.

“We are privileged to have the opportunity to honor former Vice President Biden,” said Stony Brook University President Samuel L. Stanley. “The Cancer Moonshot has the potential to transform cancer research and prevention around the world. This critical initiative is a reflection of the work our researchers and doctors are doing in Stony Brook Cancer Center labs – using insight, innovation and strategic collaborations to push the boundaries of what we know about how best to diagnose treat and ultimately prevent the disease that is responsible for more than 8 million deaths a year worldwide.”

Research and discovery are at the heart of the Stony Brook ethos and the university’s Cancer Center is a shining example of its commitment to combating the malady. Stony Brook doctors are on the forefront of the next generation in cancer care. The Cancer Center will relocate next year to the new 254,000 square-foot Medical and Research Translation facility (MART) which was designed to enable scientists and physicians to work side by side to advance cancer research and imaging diagnostics. It will be home to the new Bahl Center for Metabolomics and Imaging, for instance. Stony Brook researchers are receiving worldwide attention for their pioneering research into the genesis and behavior of cancer cells at the molecular level, which will one day help detect, treat, and eliminate the disease altogether.

Every spring the Stony Brook Foundation hosts the Stars of Stony Brook Gala to benefit student scholarships and a select academic program. Since its inception in 2000, the event has raised more than $42 million. A portion of the net proceeds from this year’s gala will support the Stony Brook Cancer Center.

Stony Brook University is going beyond the expectations of what today’s public universities can accomplish. Since its founding in 1957, this young university has grown to become one of only four University Center campuses in the State University of New York (SUNY) system with more than 25,700 students, 2,500 faculty members, and 20 NCAA Division I athletic programs. Our faculty have earned numerous prestigious awards, including the Nobel Prize, Pulitzer Prize, Indianapolis Prize for animal conservation, Abel Prize and the inaugural Breakthrough Prize in Mathematics. The University offers students an elite education with an outstanding return on investment: U.S. News & World Report ranks Stony Brook among the top 40 public universities in the nation. Its membership in the Association of American Universities (AAU) places Stony Brook among the top 62 research institutions in North America. As part of the management team of Brookhaven National Laboratory, the University joins a prestigious group of universities that have a role in running federal R&D labs. Stony Brook University is a driving force in the region’s economy, generating nearly 60,000 jobs and an annual economic impact of $4.65 billion. Our state, country and world demand ambitious ideas, imaginative solutions and exceptional leadership to forge a better future for all. The students, alumni, researchers and faculty of Stony Brook University are prepared to meet this challenge.