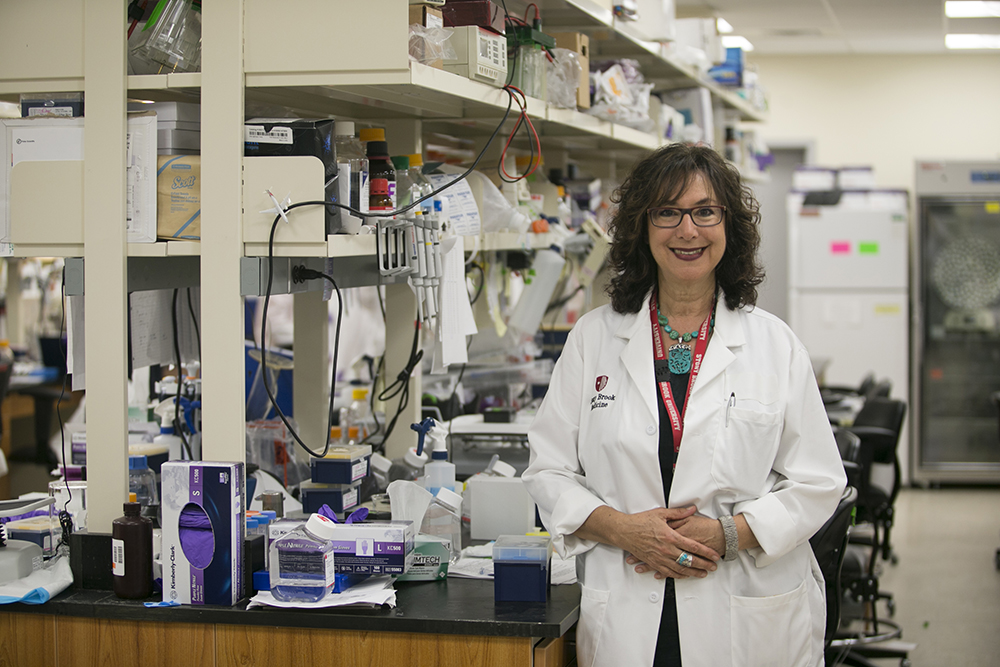 Stony Brook, NY – March 9, 2017 – A collaborative Stony Brook University research team has discovered a novel metabolic pathway of the lipid ceramide, which is involved in cell death. The finding illustrates that ceramide is stored in lipid droplets, a step that may help to uncover processes necessary for cell death and lipid metabolism, and therefore has implications in the development of cancer or obesity. The paper is published in Cell Metabolism.

Led by Lina M. Obeid, MD, Dean of Research at Stony Brook University School of Medicine, the team of researchers, largely from the Kavita and Lalit Bahl Center for Metabolomics and Imaging, found that ceramide is metabolized by the addition of a fatty acid to make a new lipid called acylceramide. This new lipid is then stored in cells as a fatty body called a lipid droplet. The paper, titled “Ceramide is Metabolized to Acylceramide and Stored in Lipid Droplets,” details the steps the team took in the laboratory in reaching the discovery.

“The storage of acylceramide in the lipid droplet appears to sequester it away from its ability to be biologically active, thus making cells somewhat resistant to chemotherapy ceramide-induced cell death pathways,” explains Dr. Obeid. “We also discovered that this metabolic pathway occurs by a newly described interaction between three proteins, the ceramide-synthesizing protein called CerS, the fatty acyl-CoA synthetase protein called ACSL, and the enzyme that adds them together named DGAT2, also utilized in fatty triglyceride synthesis.”