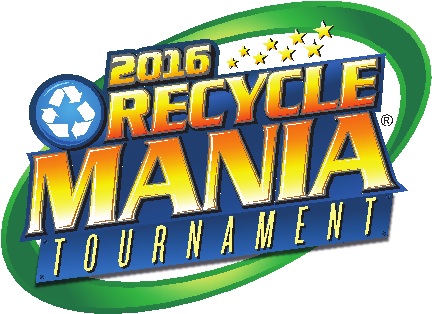 Stony Brook, NY—February 8, 2016
— Reduce, Reuse, Recycle…. Repeat! Once again, Stony Brook University is determined be recognized as a top recycler in RecycleMania 2016 — an eight-week recycling competition for colleges and universities in North America. The RecycleMania tournament runs now through April 2, 2016 and ranks over 400 institutions, in various categories, based on the amount of recycling and trash collected each week.

Stony Brook University has had success in the RecycleMania competition in recent years, most notably in the “e-waste” and “Gorilla” categories.

This year, Stony Brook is looking to retain its e-waste title and to finish as the top generator of recycling material in the “Gorilla” category, which ranks how much paper, bottles, cans and cardboard each university recycles. To do so, the Department of Recycling & Resource Management and the Office of Sustainability will be providing receptacles for office cleaning and complimentary paper shredding, in addition to the removal of e-waste and other recyclable materials.

RecycleMania is one of many sustainability initiatives supported by the University. For additional information on RecycleMania, please contact Recycling & Resource Management at (631) 632-4640 or via email at:  recycling@stonybrook.edu.

To request recycling services on campus, participants should submit work orders into the University’s FIXIT work order system at www.stonybrook.edu/fixit/.

The University community can help reduce the campus’ carbon footprint by living sustainably and choosing to recycle. A full list of what can be recycled and other sustainable tips can be found on the Recycling & Resource Management website.

RecycleMania is a friendly competition and benchmarking tool for college and university recycling programs to promote waste reduction activities to their campus communities. Over an 8-week period each spring, colleges across the United States and Canada report the amount of recycling and trash collected each week and are in turn ranked in various categories based on who recycles the most on a per capita basis, as well as, which schools have the best recycling rate as a percentage of total waste and which schools generate the least amount of combined trash and recycling.  With each week’s updated ranking, participating schools follow their performance against other colleges and use the results to rally their campus to reduce and recycle more. The competition, which began in 2001 as a two-school competition between Ohio University and Miami University, has grown over its 15-year history into a major collegiate competition event.