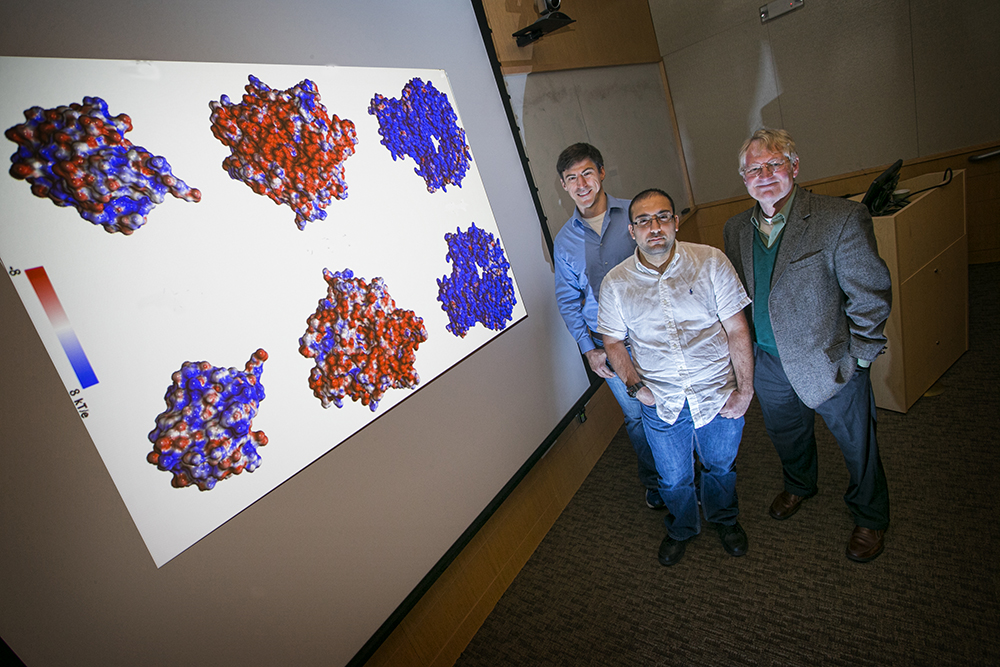 
The finding by Stony Brook University researchers, published in Structure, may be a foundation to better understanding the cellular process and age-related disease

STONY BROOK, N.Y., February 4, 2016 – Certain proteins known to be associated with aging and age-related diseases such as Alzheimer’s disease and cancer are also at a high risk for destabilization caused by oxidation. This finding by a team of researchers at the Laufer Center for Physical and Quantitative Biology at Stony Brook University provides an understanding of how oxidative damage, which is a natural process in aging cells, affects proteins. It could also prove to be a foundation to a better understanding of age-related diseases. The paper, titled “Highly charged proteins: the Achilles’ heel of aging proteomes,” is published in the journal Structure.

By the time people turn 80 years of age, approximately half of the body’s proteins are damaged by oxidation. Oxidation occurs because of random chemical degradations that are associated with converting food to energy in the presence of oxygen. Oxidation in the human body, mediated by free radicals, damages cellular proteins, lipids, DNA, and other cellular structures that contribute to disease processes.