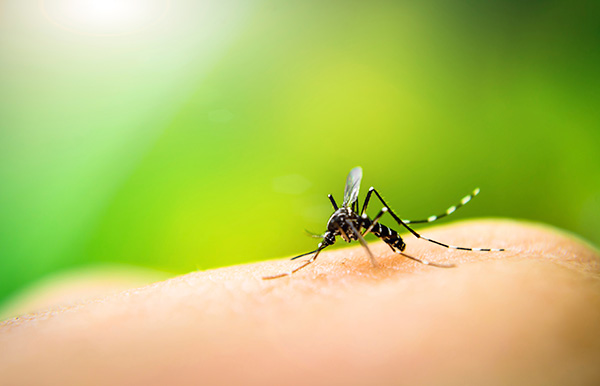 STONY BROOK, NY, FEBRUARY 2, 2016 – Infectious disease experts at Stony Brook University Hospital have been paying close attention to updates from the World Health Organization (WHO) related to Zika virus. Yesterday, WHO declared the spread of the Zika virus as an “international public health emergency,” signaling the world on the seriousness of this outbreak.

The Zika Virus is not new to the U.S.; in fact, in 2007, this mosquito-borne disease had a large outbreak in the Pacific island nation of Micronesia, and directly touched the U.S. by sickening one American traveler. Since then more than two dozen domestic cases have been reported, all from travelers who contracted Zika in more than a dozen countries around the globe.

“There is a true concern, and although the virus itself causes a benign viral infection that most people won’t even feel sick, the larger concern is that we have seen an increase of microcephalus in children born to women who had that infection during pregnancy,” said Bettina Fries, MD, Chief, Division of Infectious Diseases, Stony Brook Medicine.

According to the CDC
,the Zika virus is spread to people primarily through the bite of an infected Aedes species mosquito. Mosquitoes become infected when they bite a person already infected with the virus. Infected mosquitoes can then spread the virus to other people through bites. It can also be transmitted from a pregnant mother to her baby during pregnancy or around the time of birth.

“Pregnant women, in any point of their pregnancy, or those who are attempting to become pregnant, should consider postponing any travel to areas where Zika is present,” says David Garry, DO, FACOG, Director, Maternal Fetal Medicine and Professor, Department Obstetrics & Gynecology and Reproductive Medicine, Stony Brook Medicine. “For any pregnant women who might have traveled to a geographical area where Zika virus transmission is occurring, and is either symptomatic or asymptomatic but suspected of having been infected, should contact their OBGYN for further evaluation.”

“We do have this mosquito also in the United States. It’s in only a few southern states but there is a cousin to that mosquito, a different species, that could potentially transmit this virus as well and then we would potentially see a spread in the U.S.,” said Dr. Fries.

About 1 in 5 people infected with Zika will get sick. The most common symptoms of Zika are fever, rash, joint pain, and conjunctivitis (red eyes). The illness is usually mild, with symptoms lasting for several days to a week. Symptoms typically begin 2 to 7 days after being bitten by an infected mosquito and for most, it’s usually mild. For this reason, many people might not realize they have been infected.

The CDC and other scientists are working to see if there is a possible link to Zika and Guillain–Barré syndrome, an autoimmune disease that can cause paralysis. The Brazil Ministry of Health has been reporting an uptick in the incidence of this disease in that area.

“Of course, one concern would be that Zika would be able to establish itself in the continental United States in a manner parallel to what West Nile virus was able to do.” says Susan V. Donelan, M.D., Medical Director, Healthcare Epidemiology Department, Stony Brook University Hospital. “Importantly, there are several mosquito-borne diseases we see locally, such as West Nile virus. If we see an earlier mosquito season, due to an early and wet spring, people should be thinking about how they can prepare for the season and avoid mosquito bites, in general.”

Dr. Donelan says avoid mosquitos by using repellents that contain DEET, picaridin, IR3535, and some oil of lemon eucalyptus when outdoors. Para-menthane-diol products provide long-lasting protection as well. She recommends wearing long sleeves, long pants, and socks whenever possible while outdoors. Other tips: Install or repair screens on windows and doors to keep mosquitoes outside; help reduce the number of mosquitoes around your home by emptying standing water from flowerpots, gutters, buckets, pool covers, pet water dishes, discarded tires, and birdbaths on a regular basis.