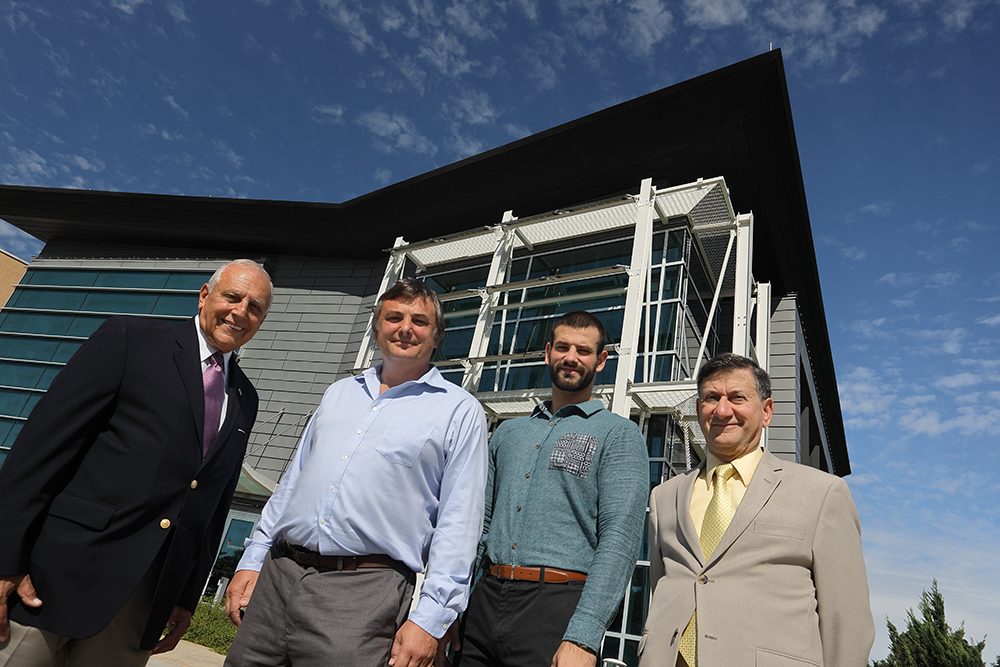 The award comes from the DOE Small Business Innovative Research (SBIR) program, which supports scientific excellence and technological innovation for research that has potential for commercialization.

Led by Vyacheslav Solovyov, PhD, an Adjunct Professor in the Department of Electrical Engineering at Stony Brook University, and BTG’s Principal Investigator, the project involves creating a novel substrate-free YBCO HTS architecture called ExoCable™. The new design is predicted to produce a 70 percent reduced weight per unit length for the same current capacity, along with a 50 percent reduced AC loss with a higher fill factor, yet with the same isotrophic mechanical strength as current designs.

According to Paul Farrell, PhD, President of BTG, “The patented architecture developed in this project will enable HTS wire to be used for new purposes, such as rotating machinery, as well as AC and DC power distribution.”

“Driving down the manufacturing cost of superconducting wire can provide the foundation for the next generation electric power grid worldwide,” said Jim Smith, Assistant Vice President of Economic Development at Stony Brook University. “With the support of the Advanced Energy Center, researchers and companies with advanced ideas can gain traction, create new jobs, and even form new industries.”

BTG has been a tenant of the AERTC for three years. During this time, the company has received DOE grants totaling $2.7 million to develop technologies for use in the field of clean energy.

BTG develops lower cost advanced manufacturing technologies in the field of high-temperature superconductors and uses the high-tech facilities of the AERTC and University, as well other academic resources, to bolster its clean energy research projects.