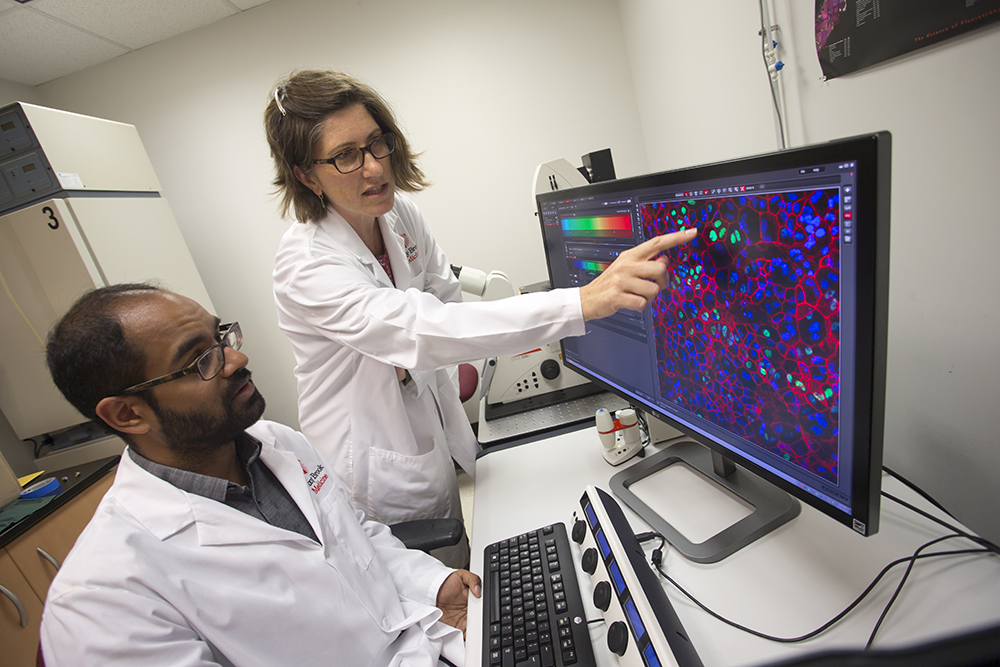 Stony Brook, NY, September 14, 2016 – Researchers at Stony Brook University have discovered that dystroglycan, a muscle cell receptor whose dysfunction causes muscular dystrophy, actually has a critical role in brain development. The finding, published in the journal
Developmental Cell
, may help to explain why a subset of children born with a dysfunction of this muscle receptor, also have neurological problems that can include seizures, intellectual disability, autism, and severe learning disabilities.

In the newborn brain, one of the critical changes that occurs is that specialized pockets form that serve to house and nurture neural stem cells throughout life in discrete regions termed stem cell niches. Lead author Holly Colognato, PhD, Associate Professor in the Department of Pharmacological Sciences at Stony Brook University, and her team found that dystroglycan is needed to help build one of the major neural stem cell niches of the adult brain. They detailed their findings in the paper, titled “Dystroglycan suppresses Notch to regulate stem cell niche structure and function in the developing postnatal subventricular zone.”

“We found that without dystroglycan, the support cells that normally surround the stem cells in this niche fail to develop appropriately,” said Dr. Colognato. “In this “dysfunctional niche”, the stem cells overproduce oligodendroglia, a neural cell type that establishes rapid communication pathways in the brain. But overproduction of oligodendroglia can cause major abnormalities in brain wiring, thus resulting in a multitude of cognitive abnormalities,” she explained.

In light of their findings, Dr. Colognato and Mr. Himanshu Sharma, a Stony Brook MD/PhD student, are conducting laboratory experiments to test and alter dystroglycan interactions in the injured adult brain or in aging brains, where extra brain cells could be beneficial for repair or replacement.