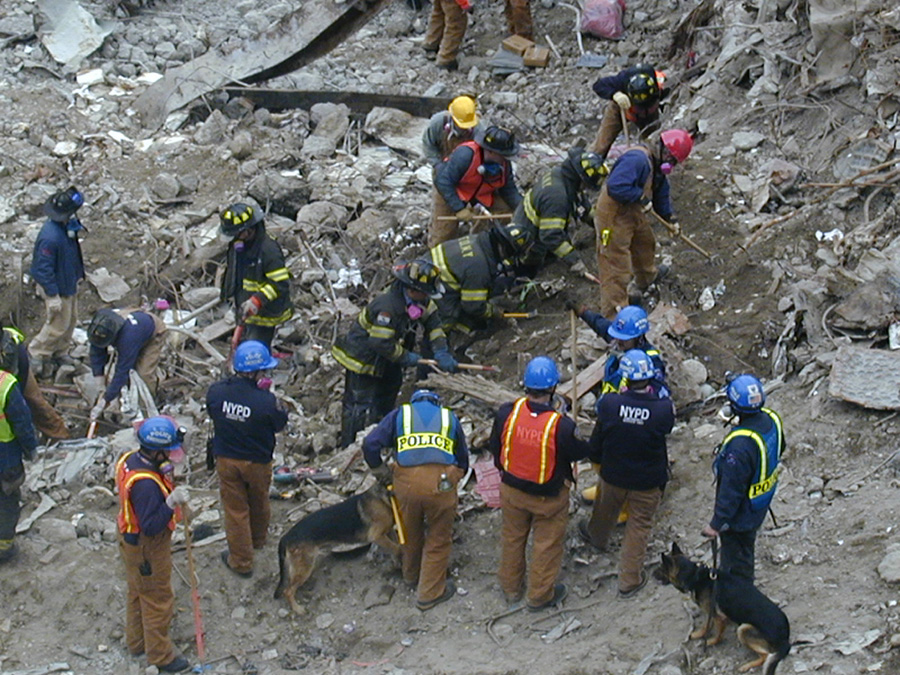 Stony Brook, NY, August 29, 2016 – Findings from a study led by Stony Brook University researchers and published early online in
Alzheimer’s & Dementia: Diagnosis, Assessment & Disease Monitoring
reveals that there may be a significant amount of cognitive impairment (CI) among 911 World Trade Center (WTC) responders – a rate (nearly 13 percent) that could be caused by symptoms of post-traumatic stress disorder (PTSD). The study assessed more than 800 WTC responders cared for at the Stony Brook University WTC Wellness Program.

The researchers found out that the responders — many of whom are in their early 50s – had rates of CI that were higher than the investigators anticipated, given the age range of these responders and their educational and occupational history. The investigators also say the findings are driven by WTC responders who developed PTSD, in particular, those who report re-experiencing symptoms (e.g., flashbacks/nightmares), a key component of PTSD.

“To our knowledge, this is the first study to examine the association of PTSD and major depressive disorder (MDD) with cognitive impairment, and to do so in a large group of civilian World Trade Center responders without head trauma,” said Sean A. Clouston, Ph.D., Assistant Professor, Program in Public Health at Stony Brook University and lead author of the study, titled “Cognitive impairment among World Trade Center responders: Long-term implications of re-experiencing the 9/11 terrorist attacks.”

In this population of WTC responders:

“These numbers are staggering, considering that the average age of responders was 53 during this study,” Dr. Clouston said.

Since 2002, more than 33,000 responders have enrolled in a Centers for Disease Control and Prevention-sponsored WTC Health Program. According to the authors of this new study, if the findings from their study group are representative of actual prevalence of CI in the full cohort, results may translate into 3,740-5,300 individuals with CI and 240-810 individuals with dementia.

“This study indicates that the effects of the exposure to the World Trade Center attacks on the responders may be more pervasive and insidious than originally thought,” said Benjamin J. Luft, MD, Director of the Stony Brook WTC Wellness Program and co-author of the paper. “The results only support the wisdom of the passage of the Zadroga legislation, which provides continued monitoring and treatment of diseases caused by these exposures.”

Trained clinicians screened 818 responders for CI and dementia during monitoring visits at Stony Brook clinics from January 2014 to April 2015. Of those approached, 89.8% completed the screening. On average, Stony Brook responders were 52.8 years old when this sample was taken. Trained clinicians administered the Montreal Cognitive Assessment (MoCA), which consists of multiple short-form tests of reasoning, concentration, problem solving, and memory. Trained psychologists diagnosed both PTSD and MDD.

Clouston pointed out that, “Our results support research noting the importance of re-experiencing symptoms as an early marker of mental pathology.” Re-experiencing symptoms occurs when individuals react physically and emotionally to memories of past trauma that intrude during daily activities and while asleep. Sleep disturbances are fundamental to PTSD and also have been linked to cognitive decline and dementia.

“This is a problem we must solve,” said Maria Carrillo, PhD, Alzheimer’s Association Chief Science Officer. “The silver lining in these troubling new findings is that they will help us better understand the relationship between PTSD, cognition and dementia. More research is needed in this area. This is crucial so that we can provide better care for all individuals who experience PTSD.”