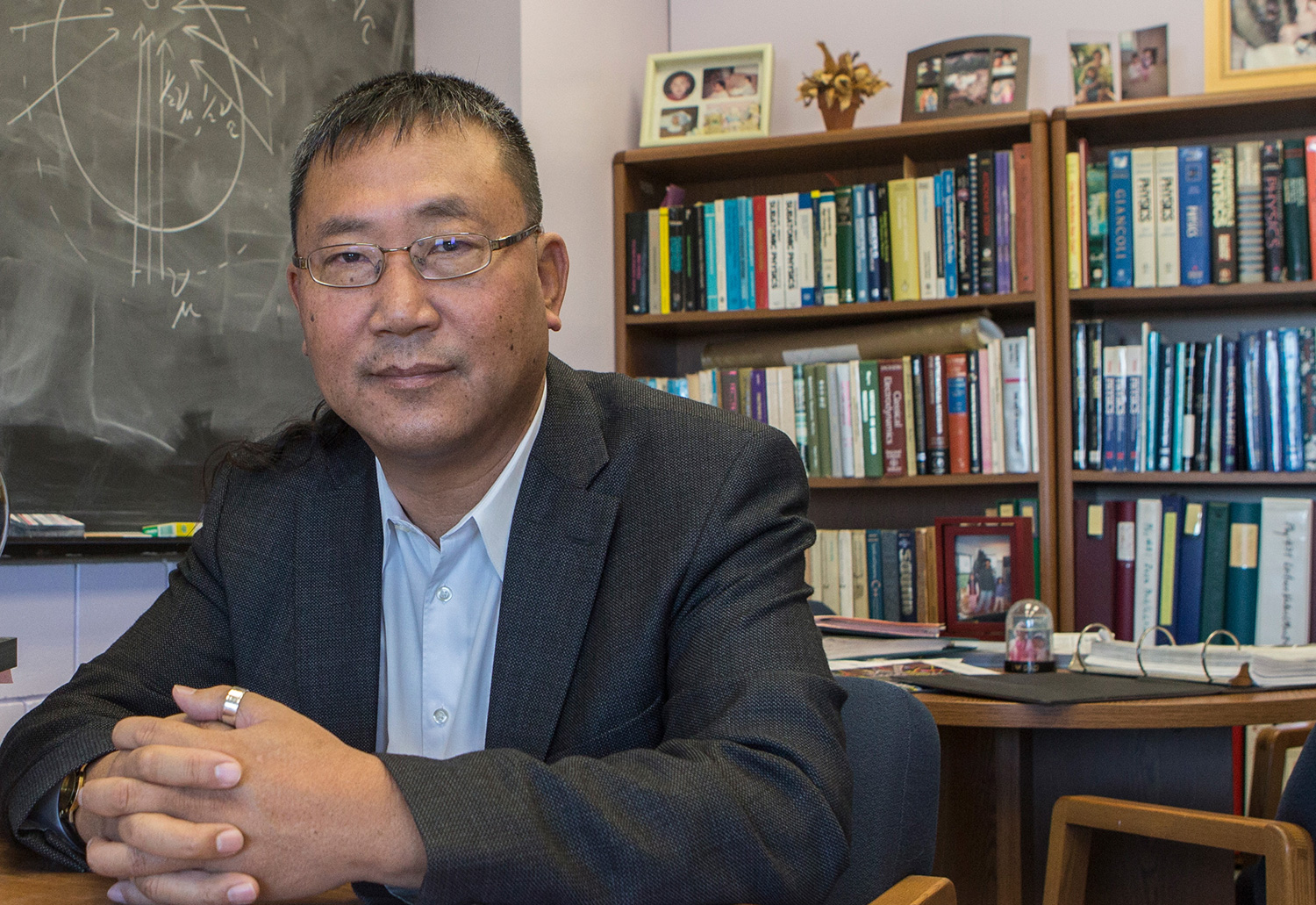 Stony Brook, NY & Chicago, IL, August 8, 2016 — New findings that reveal why the universe is dominated by matter and why we exist was presented by the international T2K Collaboration at the 38th
International Conference on High Energy Physics in Chicago. Stony Brook University physicist Professor Chang Kee Jung, a leading member of the T2K Collaboration, explained at the conference how the T2K Collaboration can now demonstrate why matter and antimatter are different. He also presented the latest results of the T2K findings and explained why they are significant to theories of particle physics and Bing Bang Cosmology.

According to Professor Jung, T2K’s recent finding hints that neutrinos and antineutrinos may oscillate slightly differently, which is a break of fundamental symmetry (Charge-Parity) in physics.

“Physicists believe that this is deeply related to the question of why our current universe is dominated by matter and why we exist,” he says. “At the onset of the Big Bang, the universe must have been symmetric, i.e. there existed the same amount of matter and antimatter. Charge-Parity violation could allow very heavy neutral particles to decay to neutrinos at a slightly higher rate than to antineutrinos which created the initial imbalance in the amount of matter and antimatter. Without this process, we would not exist, and our universe today would instead contain only light and energy resulting from the inevitable matter-antimatter annihilation after the Big Bang.”

Professor Jung emphasized that “T2K’s finding is by no means a definitive discovery. Rather it is perhaps the first significant step toward the elucidation of a matter dominant universe, for which much more data and many more years of effort is needed.”

Part of the State University of New York system, Stony Brook University encompasses 200 buildings on 1,450 acres. Since welcoming its first incoming class in 1957, the University has grown tremendously, now with more than 25,000 students and 2,500 faculty. Its membership in the prestigious Association of American Universities (AAU) places Stony Brook among the top 62 research institutions in North America.  In 2016 the Center for World University Rankingsnames Stony Brook University among the top 1 percent in the world, ranking #154 among more than 25,000 degree-granting institutions of higher education worldwide. U.S. News & World Report ranks Stony Brook among the top 100 universities in the nation and top 40 public universities, and Kiplinger names it one of the 35 best values in public colleges. One of four University Center campuses in the SUNY system, Stony Brook co-manages Brookhaven National Laboratory, putting it in an elite group of universities that run federal research and development laboratories. A global ranking by U.S. News & World Report places Stony Brook in the top 1 percent of institutions worldwide.  It is one of only 10 universities nationwide recognized by the National Science Foundation for combining research with undergraduate education. As the largest single-site employer on Long Island, Stony Brook is a driving force of the regional economy, with an annual economic impact of $4.65 billion, generating nearly 60,000 jobs, and accounts for nearly 4 percent of all economic activity in Nassau and Suffolk counties, and roughly 7.5 percent of total jobs in Suffolk County.