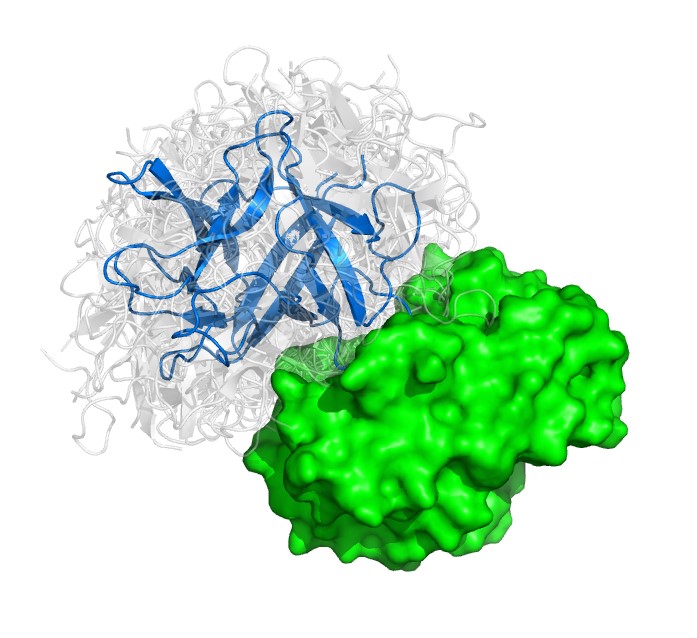 Stony Brook, NY – July 12, 2016 – Protein-protein interactions (PPIs) are the basis of cellular functions, and when these processes are compromised diseases such as cancer emerge. For years scientists have tried with mixed success to map out PPIs to understand cellular processes. Now a team of international scientists led by Stony Brook University researchers have created an ultra-fast way to model protein interactions. The method may help pave the way to design drugs that prevent problematic protein interactions that lead to disease. The findings are published in the early online edition of
PNAS.

“The problem considered is given three dimensional structures of two individual proteins to predict how these protein interact with each other,” said  Dima Kozakov, PhD, lead author and Assistant Professor in the Department of Applied Mathematics and Statistics, and a faculty member of the  Laufer Center for Physical and Quantitative Biology and Institute for Advanced Computational Science (IACS) at Stony Brook University. He likened the method to characterizing all the possible structures that pairs of “lego blocks” form out of a huge set of different individual starting blocks.