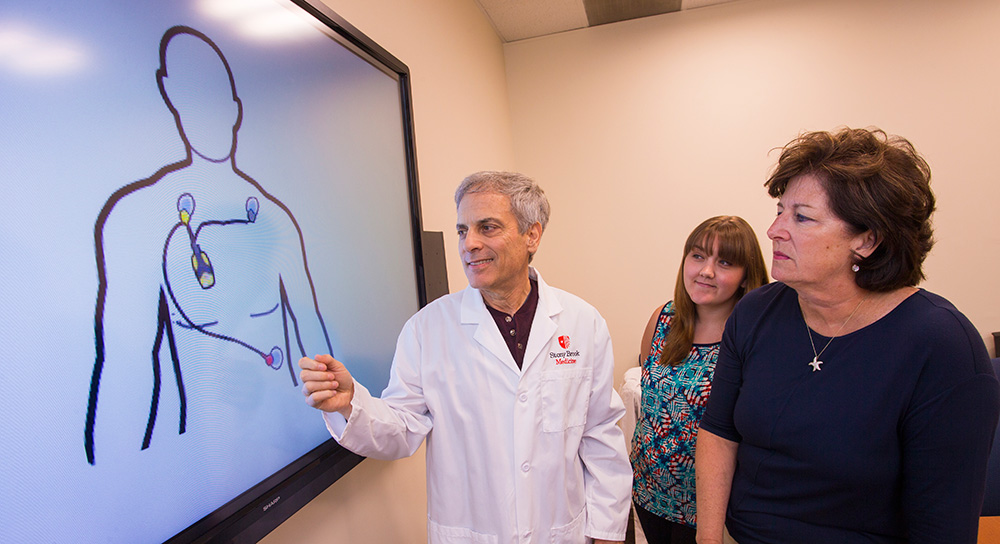 Stony Brook researcher receives $1.5 million NIH grant to evaluate daily activity patterns and heart rate of those who suffer from this debilitating illness

STONY BROOK, N.Y., June 23, 2016 – By better understanding daily activity levels and heart rate patterns of those who suffer from Chronic Fatigue Syndrome (CFS), scientists hope to discover more about this complex illness condition. Fred Friedberg, PhD, Associate Professor of Psychiatry at Stony Brook University School of Medicine, has received a four-year $1.5 million grant from the National Institutes of Health to take this research approach to determine if heart rate fluctuations in combination with certain daily activity patterns can be used to predict or prevent relapse in people with CFS.

This study will involve patients self-reporting their symptoms and activities on a weekly online diary over a period of six months. Data will also be recorded from mobile heart devices and activity monitors that the patients wear at home. Over the six month study period, patients will regularly send this objective data back to the Stony Brook laboratory where the information will be downloaded and analyzed for patterns related to CFS symptoms, activities, and impairments. The participants will then be interviewed by a psychiatric nurse via phone about other potentially important illness factors including major life events they have experienced over the study period, their physical and social functioning, and changes in their illness status – i.e., improved or worsened.