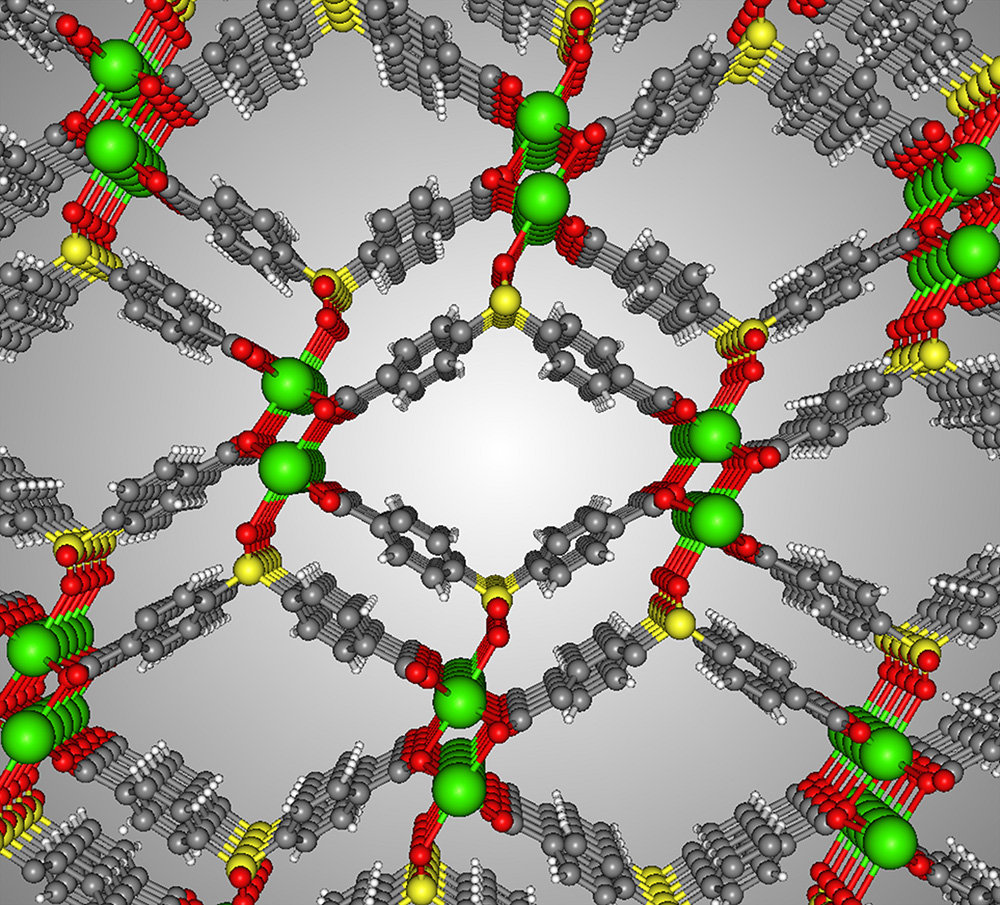 STONY BROOK, N.Y., June 13, 2016 – An international team of researchers has discovered a new synthetic compound that acts to adsorb Xenon, an element and volatile radioactive waste commonly released by nuclear energy plants.  Adsorption is a process in which molecules from a substance, in this case Xenon, collects on the surface of another substance. The discovery, published in Nature Communications, may prove to be a major step toward developing a better way to dispose of nuclear waste and improve the process of creating cleaner nuclear energy, which remains a viable alternative to the fossil-fuel based economy.

The existing technology for the reprocessing of nuclear fuel and removing radioactive waste, which includes Xenon, Krypton and other radionuclides, is a costly cryogenic distillation. Alternatively, porous materials such as metal-organic frameworks (MOFs) have demonstrated the ability to selectively adsorb Xenon and other elements at ambient conditions.

In the paper, titled “Metal-organic framework with optimally selective xenon adsorption and separation,” the authors introduce a new concept to improve nuclear waste reprocessing. They demonstrate how a high-throughput computational screening of large databases of MOFs identified a compound that was as the most selective for Xenon. The compound is called SBMOF-1, and it was originally synthesized at Stony Brook University in 2012.

The synthesizing of SBMOF-1, completed by paper co-author Debasis Banerjee, PhD, when he was a Chemistry doctoral student at Stony Brook University, and the unraveling of its structure by co-author Anna Plonka of the Department of Geosciences at Stony Brook University, laid the groundwork for the collaborative investigation on its effectiveness against adsorption and separation of volatile nuclear waste.

Through their experimentation, the team concluded that “SBMOF-1 exhibits by far the highest Xenon adsorption capacity and a remarkable Xenon / Krypton selectivity under conditions pertinent to nuclear fuel reprocessing.”